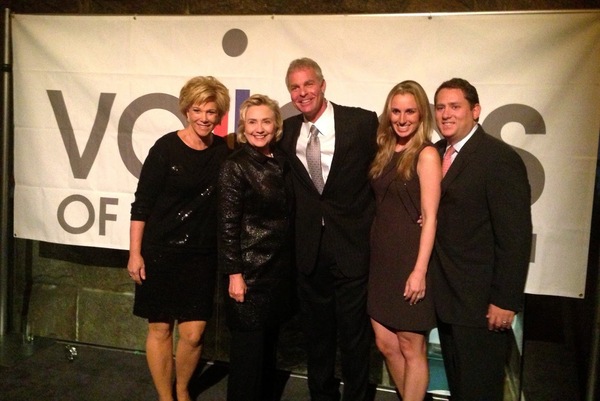 My family and I with Former Sec. of State, Hillary Clinton 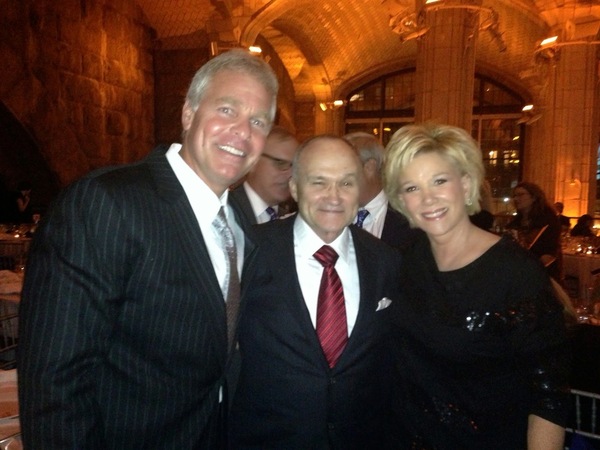 My husband Jeff, Commissioner Kelly and I

Commissioner Kelly received the Building Bridges Award at last night's gala. The Building Bridges Award recognizes individuals who have made significant contributions to the 9/11 community and our nation. I marvel when I think about Commissioner Kelly's legacy. In 2002, Commissioner Kelly created the first counterterrorism bureau, established a new global intelligence program and stationed NYC detectives in 11 foreign cities. NYC's crime rate has fallen 19% in 2012 and 30% in 2013. This makes New York City the safest big city in the United States. The commissioner said last night "With good police work and a little bit of luck we were able to stop 16 planned terrorist plots against NYC since 9/11/01." This news was reassuring that our law enforcement is doing everything in their power to protect us, and what a great job they have done!

Last night I learned that people from all over the world come to the 9/11 memorial and are greatly moved by America's resileance and perseverance. Another great thing to look forward to is the opening of the 9/11 Museum this coming spring. In 2006, VOICES officially launched the 9/11 Living Memorial Project which is an extensive collection of over 70,000 photographs and personal keepsakes that will be featured in the Museum. The Living Memorial started way before its launch in 2006. It started back in 2004 with generous finance supporters, volunteer experts and help from the September Mission Foundation to develop the concepts and technology required to drive the project today. 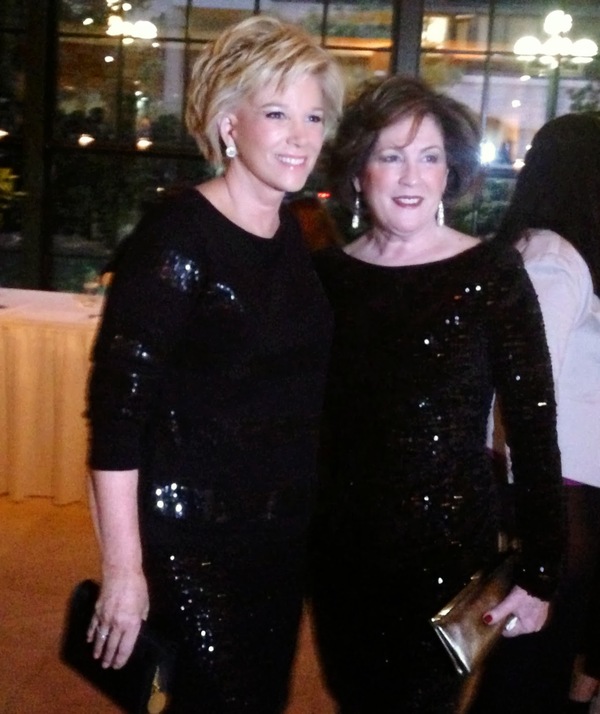 Mary Fetchet and I

A silent auction is being held to raise funds for the amazing Voices of 9/11 organization. Click here  to view all the great items for auction, including a chance to go to my Camp Reveille! Any amount you chose will be greatly appreciated. You can also make a donation by clicking here, Voices of September 11th Donation.

Just last month I emceed The National Law Enforcement and Firefighters Children's Foundation Hero Awards Gala. The NLEAFCF was created in the aftermath of September 11th and offers grant scholarship programs to children of law enforcement officers and firefighters who have been lost or permanently disabled in the line of duty. I am so honored to have been a part of both these wonderful organizations that created communities who pull together and help others when they need it the most. I have lived in New York for most of my life, I built my career here, as well as my family and I am so grateful to have been surrounded by so many inspiring people.