Too Much of a Good Thing: Social Media Impacts on Teens 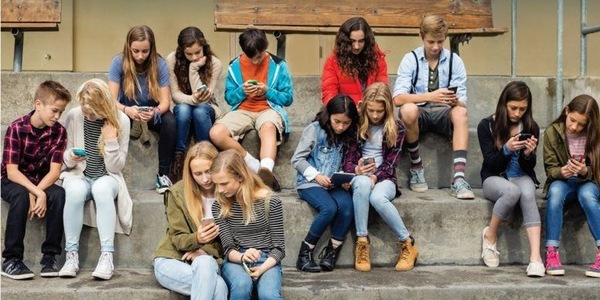 To say that today's world, society, and social interactions are dependent on technology and social media is a massive understatement. Each day we are inundated with new ways to connect with friends and family, no matter where we are located geographically or the time of day.

Between Facebook, Instagram, Snapchat and the other various social networks, and the fact that many teens carry small supercomputer in the form of a smartphone, it is becoming increasingly more common for teens and tweens to spend more and more of their time "online."

While this may sound innocent at first, there are many hidden consequences resulting from an overindulgence in technology. All things are best taken in moderation, but overusing smartphones and mobile technology is too much of a good thing that can actually harm a teenager's health.

While connecting with friends and family online sounds like a good way to increase mental-emotional health, there is also a dark side. Cyberbullying is becoming more and more prevalent, and while a teen is developing emotionally and going through hormonal changes that influence their emotions, cyber bullying can seriously harm their mental health. In fact, JAMA Pediatrics recently released a study that reported 23% of teens felt like they have been the victim of cyberbullying.

In addition, depression isn't as rare as you might think. The National Institute of Mental Health released a report that showed 10.7% of teenagers in the United States ages 12 to 17 had at least one occurrence of a depressive episode in 2013. While that may sound like an acceptably low percentage, consider that this statistic accounts for over 2.6 million teenagers.

The saddest part? Suicide attempts are unbelievably high. Each year, somewhere between 5% and 8% of teenagers attempt to commit suicide (at least 1 in 20). Additionally, as much as 16% of teenagers contemplate suicide and have thoughts of ending their own life. This is nothing short of unacceptable.

Some teens draw their self-esteem and build their personal image through social media. If they don't get enough likes or shares on a picture of themselves or an idea they post, it can hurt their feelings and even lead them to misconstrue the way they think that others perceive them as a person.

Some parents go as far as to ban their teens from any kind of social media or mobile technology use in an effort to encourage more face-to-face communications and reduce the risk of depression. Many might feel that this is a little drastic, but most parents and families should acknowledge that today's teenagers may be spending too much time on social networks. Limiting the amount of time they spend online is a perfectly acceptable tactic.

Make sure you look for any changes in your teenager's mood, appearance, and social habits. If you notice any odd or stark changes in their emotional health, it may be high time to pull the plug on mobile electronics and social networks. Though not every teen is negatively affected by social media, many are and you should to do everything in your power to protect your teens' mental and emotional health.