Our Kids Can Amaze Us If We Can Just Let Them Try Things! 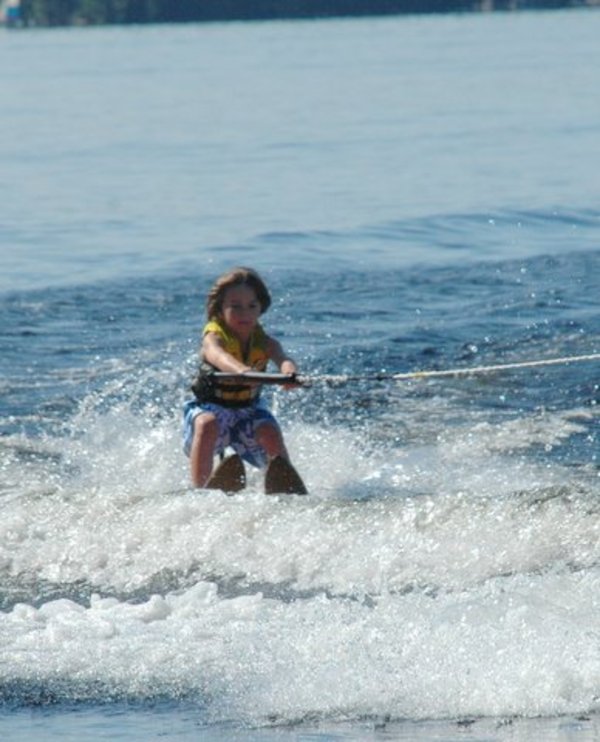 This morning was one of my favorite days of the summer – when the staff here at Camp Takajo on Long Lake in Naples Maine “Break Olympics” for the youngest campers -- the “Warriors”. Breaking Olympics is traditionally a big surprise for campers -- however it has also been a tradition at Camp Takajo to break Olympics for the very youngest new campers the same way every year – and that’s the way it was, this gloriously sunny morning in southern Maine. It began at 7:30 am (little kids all wake up early, and the trick is to catch them by surprise in their jammies) when counselors ran through the Warrior Quad and in and out of their bunks in white Togas calling them all to the waterfront.

As they wiped the sleepy from their eyes and ran to the beach they had quite a surprise awaiting them at the waterfront. Docked and ready for their early morning “Munchkin Cruise” was the Songo River Queen – a tourist attraction staple in this beautiful lake region. The nostalgic 'River Queen II' is a 90-foot-long paddlewheel boat that offers sightseeing cruises on Long Lake, and nearby Brandy Pond and through the hand-operated Songo Lock to Sebago Lake. If you are ever in the area you should check it out. The cruises run daily all summer long (You should call ahead for reservations 207-693-6861).

It’s really quite a sight to see the giant boat tied up to our Takajo dock. I remember the first time I saw it come in, and I really wondered if it was possible to bring such a huge vessel into a swimming dock –I held my breath—but they did it with the greatest of ease. But for this troop of youngsters, believe me it is quite a sight. The Warriors then filed onto the docks and boarded the Songo for their early morning swing around the lake. The top deck is open to see the sights and the bottom deck is enclosed and that is where the campers found boxes of Munchkins and fruit and yogurt and orange juice. Meanwhile they listen to the much anticipated announcement of what team they will be on, and once back on land it is time for the “games to begin”.

But I have a special interest in this year’s games, since my 6 year old Max is right in the middle of it! The youngest campers at Takajo are “finishing first grade, or generally 7-8 years old. However two weeks ago Jeff offered to let Max take a shot at “being a Warrior” for a day. That was two weeks ago and he hasn’t been back to the house since. They set up a bed in the bunk, and he has been having the time of his life for 14 days now-overnight in his own little camp bunk. He did ask us if he could move his bed from the house into his bunk. When we asked why, he said “because that one doesn’t have sand in it.”

I never would have dreamed that he could have participated in all of the activities and hold his own with these older boys. I would have guessed that he would have been back home by nightfall. However the counselors tell me he is completely comfortable, independent, and happy and has never asked once to go back to the house! I don’t know whether I should be excited about his independence or cry. But frankly, I am dumbfounded -- this is the little ‘mommy’s boy’ who I admittedly coddle and protect.

Yesterday he got up on water-skis for the second time (first attempt both times) with his scrawny little 45 pound body. No hesitation, he jumped in the water, grabbed the bar and popped right up behind the boat. He is playing roller hockey with the guys (had never been on roller blades before this) and flag football, basketball, you name it. He’s leading the “bed making” competition – and that’s another thing he’s never done before. Jeff told him yesterday “Enjoy the next couple nights because then you are coming home” to which he said, “But why dad, camp isn’t over yet!”

While I am told not to expect the bed making to necessarily continue we’re back at home, I know one thing will change -- my approach to parenting. I have learned in the past two weeks not to inadvertently set limitations on what my children can do – based on my limited expectations of what they are able to do. I am so grateful to have had the opportunity to have my eyes opened to the power of childhood. It reminds me of one of my favorite positive thinking exercises: List all the ways you would end this sentence: “If I were not afraid, I would………………” Well guess what, children haven’t been told to be afraid, to put limitations on what they are able to do in life. They try things because they believe they can do them. That is the power of childhood! That is a memory worth recapturing for ourselves, and it is important to remember not to limit our children’s expectations of what is possible.