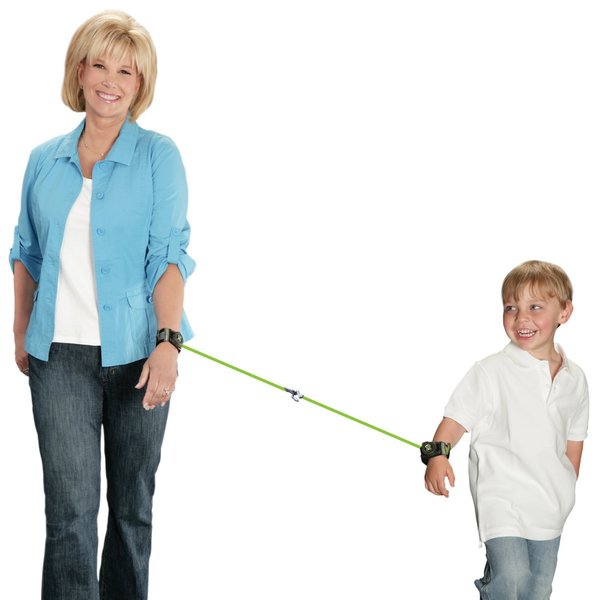 I am so excited to have been asked back by QVC to sell KinderKord again, I’ll be on this Wednesday at 9 AM so tune in!

FOR IMMEDIATE RELEASE
JOAN LUNDEN to appear on QVC to sell her child safety product, KINDERKORD

This Wednesday, June 24th at 9:00 AM EST Joan Lunden will appear on QVC’s My Time with Mary Beth selling her child safety product that she invented, KINDERKORD. This will be Lunden’s third appearance on QVC in 90 days following a sell-out segment on the same morning show in March.

As schools across the country close and families embark on summer vacations, safety is in the front of every parent’s mind. Joan Lunden, longest running co-host of ABC TV’s Good Morning America, and one of the most well known and trusted moms in America, has created a new way to keep our children safe, while allowing them to explore the world around them. KINDERKORD was invented by Lunden and her husband, camp owner and director Jeff Konigsberg as an alternative to the “leashes” on the market. As the parent of two sets of young twins, Lunden says “You know the phrase, necessity is the mother of invention, well this is it!” Lunden’s invention launched nation-wide in Babies R Us last September and since its launch KINDERKORD has been sold to various large retailers as well as a myriad of small stores across the country.

KINDERKORD is a wrist-to-wrist connection that can be quickly and easily attached and detached when in a crowded public place such as an airport, amusement park, crossing the street, in a shopping center, etc. The KINDERKORD consists of light weight wristbands worn by parent and child housing retractable tension cords attached to a small metal hook. When needed, the hooks easily attach, creating a hands-free physical connection between the two. With a unique opening-to-opening design, the patented hooks cannot become unintentionally disconnected while in use. KINDERKORD allows you to discreetly keep your child close and safely in tow without having to hold his or her hand at all times.

My Time with Mary Beth can be seen every Wednesday at 9:00 AM EST on QVC and also on www.QVC.com. KINDERKORD is available on www.QVC.com or retail locations can be found at www.KINDERKORD.com. For more information on Joan Lunden, please visit www.JoanLunden.com.