A Tool for Reinventing Yourself and Pursuing Your Passion: The 4th and 5th Of The 5 C’s Of Acknowledgment, Communication and Commitment

What I learned from being interviewed by Joan Lunden about the article I wrote, “How NOT to Talk to a Pregnant Businesswoman,” was that communication is at the heart of change, and most certainly of reinventing ourselves. We need to communicate first and foremost with ourselves to know or discover what our passion is. Mine became letting people know how to tell others in a heartfelt and profound way that they are valued and appreciated. That’s the 4th C - for Communications. How we go about it doesn’t matter – it can be via Skype or Skywriting, texting, email, Facebook; certainly face-to-face and telephone calls still work, maybe better than any of the other more modern technologies. We can’t just THINK it, though – we have to COMMUNICATE our appreciation and our gratitude.

I heard a story when I delivered a keynote address to an airline’s flight service leaders, about a flight attendant who was serving a first class passenger on a west coast flight to New York City. The passenger wasn’t eating and looked very down. So the attendant spoke with him for a while and then gave him his business card. He told the passenger that when he got to New York, he should go to a particular diner.  He should then tell the owner that he was the guest of the flight attendant, and to put a meal on his account. He made him promise he would do this, and through this action, he let the passenger know that he was “worth it.” Months later, he got a letter which shocked him. It was from the passenger, who thanked the attendant for saving his life. “I was going to New York to kill myself,” he wrote.  But I had promised you that I would go to the diner, so I did, for what I was sure was a ‘last supper.’ When I gave the owner your card, he and I spoke for many hours, and I ended up working for him as a server. I eventually realized that there was a reason for me to go on living, and it was because of you.”

What a difference a communication that they matter can make in someone’s life! 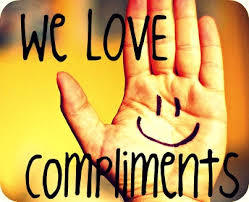 Now the fifth and last C is for Commitment. That’s because it’s easy to say we will acknowledge people on a regular basis, but we find ourselves too busy to deliver the praise, and reassure ourselves that they already know how much we value and appreciate them. So we need to COMMIT to making this a regular practice. That is all it takes – the declaration of your pledge to yourself to let those you interact with know how important they are to you, and how much you value them. It’s easy to commit to doing this – and to stick to it! You will start seeing opportunities everywhere once you make this commitment!

So let’s all “reinvent” ourselves, and commit to the practice of the 5 Cs. Here they are again in summary. Good luck, and let me know if you need any support in this transformational practice!