How To Save A Life: From TV Shows to Gene Therapy

When we’re young, sometimes our career dreams are idealistic. We want to save the world, be excited to go to work, and make good money while we’re at it.

Or all too often, as teenagers or young adults, we struggle to find what we might be good at or what we’d enjoy doing as a career. We stumble along for years until the right job or career (hopefully) becomes obvious. But sometimes, a career finds us in the most unexpected way.

When You Can See Into The Future

When I was only 21, I sat at the kitchen table to type out my law school applications. Notes and transcripts begged the question:

What did I want to be? What was special about me? How did I plan to use my law degree to change the world?

“I want to be a child advocacy lawyer,” I started one essay. I wrote about my passion for vulnerable children and how a law degree would allow me to advocate on their behalf.

Four years and lots of student loans later, I walked into an office with a stellar downtown view as a newly minted corporate mergers and acquisitions lawyer. I was a far cry from my idealistic essay.

I ended up helping my clients buy and sell hospitals, develop surgery centers, and take their companies public. It was a living, and it paid well. But as I stayed in fancy hotels, and worked late over dinner, I sometimes wondered where that idealistic law student went. 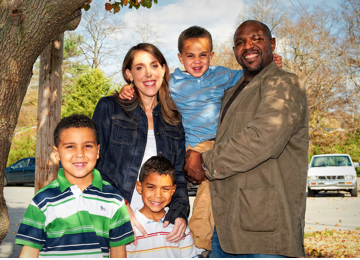 It was a living, but it wasn’t a life.

So I quit my job.

My husband and I would have three kids in three years, and life changed dramatically. I became a stay-at-home mom and started my own legal and consulting practice. My husband, passionate about helping people with their money, began counseling individuals about savings and retirement and speaking to companies about leadership and money.

It was busy to balance three children under five and a career. You get up day after day and do the best you can. We were content and believed that our children were healthy.

But we were lucky that my mom had a little more time to be observant.

Sometimes TV Shows Are All Too Real

My mom happened to see a TV show about a boy with a rare disease called Hunter Syndrome and some of the early signs sounded eerily familiar. Our youngest son Case, less than two years old at the time, had those early signs – loud breathing, lots of ear infections, a larger head and belly, and (slight) developmental delay. He also fell a lot and was moving all the time. But then, so are most boys.

I think before you hear about a rare disease, you live in what I kind of call the “before.” Life is good, bad things don’t happen to me. And once it affects you, it’s kind of the “after.”

Unlike most boys, our son’s body was missing an enzyme called iduronate-2 sulfatase. Without it, cellular waste was building up throughout his body like trash without a garbage truck to take it out. [Learn more about Hunter Syndrome by watching this video.]

As the trash accumulates in their little bodies, things slowly stop working. Children with Hunter Syndrome usually only live into their early teens after they slowly lose the ability to walk, talk, and recognize the people they love.

We were devastated, but we were determined to find a way to save our son and other kids like him.

We found a clinical trial - the first of its kind - that would put the enzyme our son was missing back into his brain each month. We would end up flying out of state every few weeks for four years for six spinal port surgeries, many other procedures, and over 80 spinal taps for him to receive that drug. And although it was helping our son, many other kids with the disease would not be helped by that treatment. 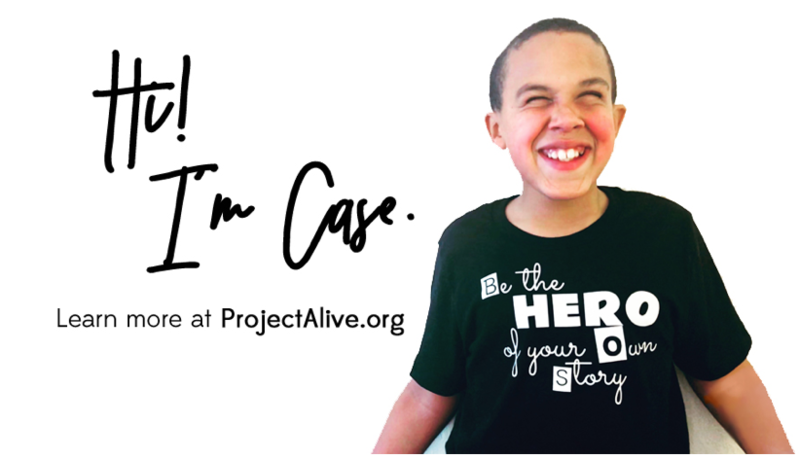 How to Save A Life

We realized that what boys with Hunter Syndrome actually needed was a cure.

So starting in 2013, we decided to chase that cure. We formed a nonprofit that is now called Project Alive.

We started with an ambitious mission: Find and fund a cure for Hunter Syndrome.

I put my skills as a researcher and strategy consultant to work. No big lawyer salary, and in fact, no salary at all, but it became the most rewarding work I would ever do.

We researched scientific programs around the world. We held conference calls with researchers in small labs and with c-suite executives in large pharmaceutical companies. We translated documents from Japan, France, and Brazil.

And when we identified what we felt was the most promising research – gene therapy, we only had one small hurdle left: raise several million dollars to fund it.

What’s Love (and Money) Got To Do With It?

How do a bunch of parents, many already working full-time jobs and caring for children with a chronic and terminal disease, raise millions of dollars?

We decided to start by simply telling our story. A story not much different than yours.

There was a day when I was just like you. I didn’t know kids died. I didn’t know my kid was going to have a disease so terrible. If someone had told me, you can do something and change people’s lives, I would have wanted to know that.

We’ve been blessed to be surrounded by people supporting and sharing and giving. After an appearance on the TV show “The Doctors,” incredible support from NBA players, and even getting to meet and appear on TV with Charles Barkley and Shaquille O’Neal and others, we continue to be humbled by those who hear the story of our son and boys like him and want to step in to help.

After raising over $1 million in 2017, signing a contract to produce gene vector for the upcoming clinical trial, and receiving IND approval from the FDA so the trial can begin in 2018, I can say this: 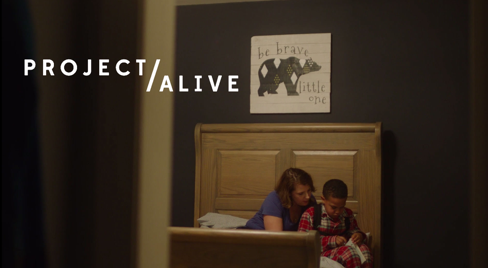 The biggest lesson we’ve learned is that people are much more generous than we could have ever imagined. They want to help us save these kids.

To support Project Alive’s goal of saving children with Hunter Syndrome, please go to ProjectAlive.org. You can also find Project Alive on Facebook and Instagram.

Melissa Hogan, J.D. is the founder and President of Project Alive, the leading 501(c)(3) foundation for Hunter Syndrome research and advocacy. Melissa is considered one of the foremost lay experts on Hunter Syndrome in the world and has been published in several peer-reviewed medical journals.

Melissa also serves as a Patient Representative for the Food and Drug Administration and is currently writing her second book on pediatric medical trauma, as well as a book on advocating for your child with a chronic health condition.

Melissa holds a J.D., with honors and an emphasis in health law from the University of Pittsburgh School of Law, and a B.A. with honors from Georgetown College. She has served as a federal law clerk, a corporate and securities attorney, a professor of legal writing and health care regulatory law, and a strategy consultant.

Melissa is married to Chris Hogan, a prominent speaker on leadership and finance and author of "Retired Inspired" (Ramsey Press 2016), and lives outside Nashville, Tennessee. They have three sons, including Case, and enjoy attending their football and basketball games.