8 Family Friendly Board Games You Can Play With Your Grandkids 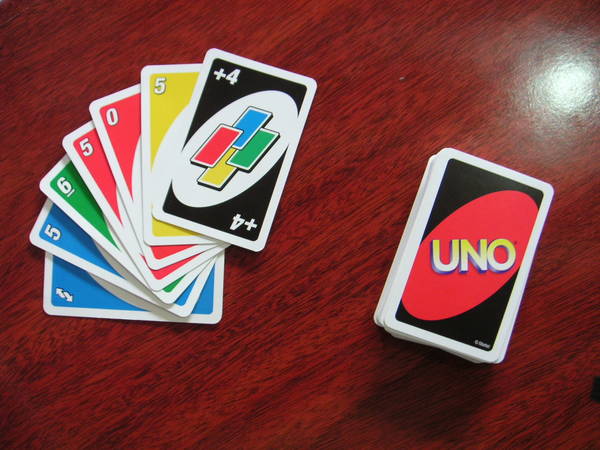 Are your grandkids constantly glued to tablets, smartphones, and televisions? Why not pry them away from their devices to enjoy some old-fashioned fun? Board games are a great way for family members to connect with each other. Stock up your game cabinet with some of the classic board games as well as newer games that perhaps weren't around when you were a kid. Here are a few suggestions to help you start your collection.

Who doesn't enjoy a good game of UNO? Begin by shuffling the deck of 108 colorful cards, and then deal seven cards to each player. Each player places cards in the middle of the table, basing his choice on the card that was just put down. The first player to have only one card left is the winner. Special cards, like wild cards, skip-a-turns, and reverse direction add fun and surprises to the game.

Even relatively young kids can learn to play UNO, but it's also enjoyable for teenagers and adults.

In order to make your way through the Cranium Junior board, you and your team members may have to sketch pictures, play charades, break a code, or complete a puzzle. A timer keeps you on your toes. The fun never ends in this challenging and engrossing game that encourages creativity.

Cranium Junior is great for kids age seven and up. If your grandkids are teenagers, you might opt for the regular version of Cranium, which comes with tougher tasks.

In Catch Phrase, the object of the game is to get your team to guess a particular word without you saying any part of that word. You can't give other obvious clues like "it rhymes with" or "it starts with." When your team guesses the word, you hand the device with the word on it to the other team, who will then have to guess a different word. Whichever team has the device when the timer runs out loses the round.

Catch Phrase is fast-paced, and it's an ideal choice if you have a group of four or more people. Don't get tongue-tied!

You can't go wrong with Monopoly on a Sunday afternoon. If your grandkids are too young to understand the full version of the game, buy the junior version. Otherwise, settle in for a few hours of banking and strategizing.

Add a little extra flavor to your Monopoly session by buying a special edition. Some past fun versions of Monopoly include:

Monopoly, besides being fun, serves an educational purpose. It can teach kids the basic principles of how to handle money.

Did you ever play Telephone? One person whispers a phrase to another person, who in turn whispers it to the next person in the line. This continues until the end of the line, when the last person says out loud what he or she thinks the original phrase was.

This game is great for laughs and for honing creative skills!

However old your grandkids are, they can choose a career, get married, have a family, and retire — all in the Game of Life. This board game is one of the oldest games in the country, and it has retained its appeal through the decades.

It can take a bit of time to become familiar with the rules of the game, but once you get the hang of it, you're bound for endless hours of quality family time.

Sequence, a classic game of strategy and chance, is a great game for two or more players. To win, you have to place your chips on the board in a certain sequence according to what your cards allow you to do. The game is simple to learn, so it is a good choice for even the youngest members of your family. 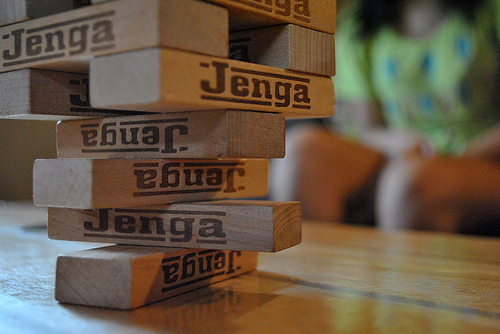 Jenga is one of the simplest games out there, but it never seems to lose its appeal. You stack blocks in a tower and carefully pull the blocks out one at a time, placing the blocks that have been pulled out on top of the tower. The player who knocks over the tower loses.

Because Jenga doesn't take a lot of thinking, it's a good game to serve as a centerpiece for other conversations. Of course, conversation might be tough if you decide to stop breathing on the tower of blocks so you don't accidentally blow it over.

Ready to get your grandkids to unplug? Sit them down at the table, take out your games, and let the fun commence!