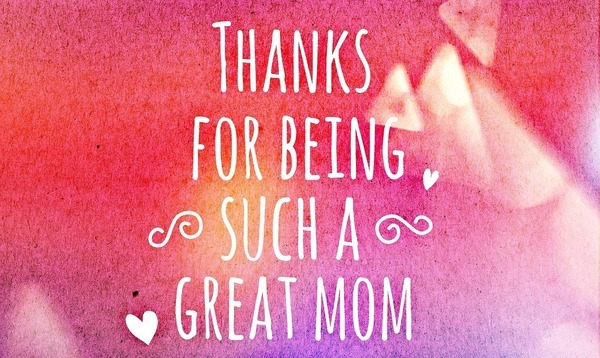 Tomorrow is Mother's Day, our annual celebration of mothers, motherhood, and family. It's now the second largest gift-giving holiday behind Christmas, a sign that not only do we love and appreciate our mothers, but that they're doing a fantastic job worthy of recognition. Celebrating the woman that gave you life seems like a basic enough concept, but where did Mother's Day come from?

The first Mother's Day was celebrated in 1908 in West Virginia—a memorial for Ann Jarvis by her daughter Anna. Ann had been an activist in her day, even forming "Mother's Day Work Groups" that aimed to raise money and provide assistance and education to mothers and families in her community to improve health and reduce infant mortality. It was this activism that inspired Anna to continue her mother's work and create a day for all of us to honor our own mothers and motherhood.

In 1914, President Woodrow Wilson signed a proclamation officially recognizing Mother's Day as a national holiday, and for 101 years, the second Sunday in May has grown into what we now know.

Interestingly enough, the transformation around Mother's Day was not a welcome one to its founder, Anna Jarvis. Within a handful of years, Mother's Day had grown increasingly commercialized, with the sale of candy, flowers and cards. The idea of profiting off mothers rather than honoring them led Jarvis to rally against her creation, though obviously unsuccessfully.

Jarvis wanted people to show their love and appreciation for their mothers with hand-written letters—something personal and heartfelt rather than store bought and stock. In a way, we agree with her, though we also don't think appreciation for "the person who has done more for you than anyone in the world," as she put it, can or should be limited to one day per year. Show your love for mom as often as possible, because she deserves it! And if you're looking for inspiration on how to celebrate her day, we have a few simple ideas that she'll be sure to enjoy:

Make her breakfast in bed

Breakfast is the most important meal of the day, as the saying goes... bring it to her! For many mothers, preparing breakfast is the norm, so what better way to begin her day than by helping her out!

Spend the day together

What better way is there to celebrate the mom in your life than by spending the day with her? Make the day into an adventure, spend the day on a project, or just treat her to the things she wants to do! Motherhood would mean nothing without family, so gather them together and enjoy it!

A treat at the local ice cream shop, gifts around the dinner table before dessert; though she deserves it, a celebration for mom doesn't have to be ornate or expensive! The important part is that your heart is in it. So while Anna Jarvis may scoff at the idea of buying mom a card, make it a blank on that you can fill with your own loving message.

Give her a break

Let mom kick her feet up and relax on her special day! Whether it's doing chores around the house, cooking dinner, or running errands, your mother has things on her to-do list every day. Gather the family, put together a plan and pitch in! Everyone deserves some time to relax now and then, and the mother in your life is guaranteed to appreciate it!

Though we focus on our own mothers each year, Mother's Day is really about all mothers everywhere. Instead of a physical gift, give back! Find an organization that helps mother and children and make a donation in your mother's name.

If you haven't already planned out how you'll celebrate Mother's Day, try one of these simple suggestions! For the mother's reading this, a few subtle hints could easily put one of these celebrations in motion!

Have other plans? Share your plans for Mother's Day in the comments!