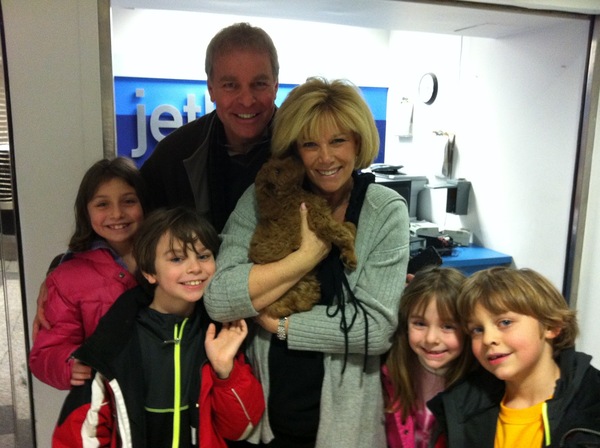 Our new Goldendoodle puppy, Bentley is an eight week old fluffy playful adorable little guy who has totally taken over our life since we got him.  Seriously, in the morning, our “quiet cup of coffee” that used to afford a few moments of time to talk about the day’s schedule and any other adult topic before the two sets of twins (6 and 8) came running down the hall, is now like a Romper Room with Bentley commanding our attention.  His morning playfulness is so engaging and irresistible that Jeff and I are both instantly down on the floor rolling around with Bentley and his toys.  In the evening, our family room still has the TV on the wall, but you wouldn’t even notice it because we are all on the floor playing with Bentley.  I know we will get over this initial infatuation eventually but right now it is “puppy love” family style.

We hired a dog trainer to help us get off to the right start with Bentley (my husband jokingly asked him if maybe he could work with our twins while he was at it… I hope he has a sense of humor!)  We all sit on the floor in the family room during these sessions and learn how to use treats while teaching him to potty outside, not to chew on everything in sight, and to sit (way too adorable).  The trainer brought a new kind of treat for Bentley to chew on called a Bully stick.  He informed us that the long stick treat was actually a Bull’s penis.  Really? Asked my six and eight year old twins, with a puzzling look on their little faces.  Don’t the bulls need their penis?  PJ the trainer assured them not to worry, that they are taken from them only after a bull has died. The conversation went from shock to humor as the kids asked questions and the adults all mumbled “that’s what she said!”

We’re all having fun with this new puppy journey, and it has already provided wonderful opportunities for the kids to learn about responsibility to another living being (they are happily taking turns feeding him because I told them that dogs always like the person who feeds him the best – way to go mom), to stay calm so that you don’t get the puppy to excited (that one will surely wear off some time real soon and they will go back to their normal rambunctious style),  and how to share their new found friend. 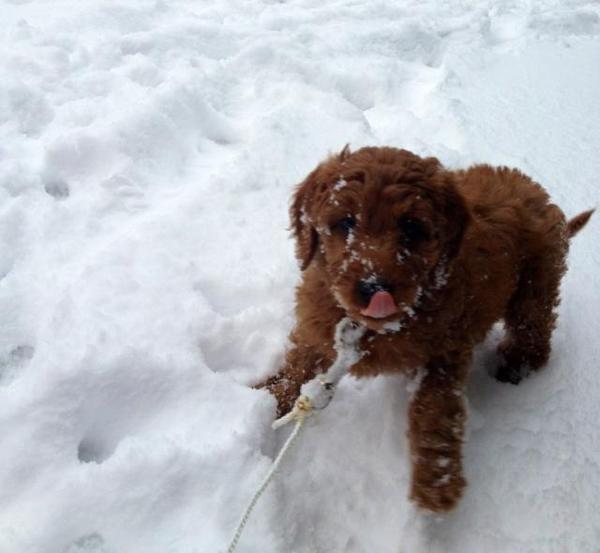 We have been taking lots of “family votes” for the very first time.  First it was “Should we really get a dog, are we ready for the responsibility?”   We decided it was best to let everyone enthusiastically ask for what we were getting ourselves in to.  Then it moved to “What should we name him?”  Everyone seems happy with Bentley.  And then came “Where should his potty spot be outside and who would take him?”  By doing it this way we got them to buy in to the idea of them participating in those little walks in the cold, the rain, and on Bentley’s very first day—the snow!

I remember doing an interview with Betty White (a huge animal lover) on Good Morning America about the positive effects an animal can have on people – especially older people.  For years, research has shown that living with pets help lower blood pressure and lessen anxiety. In one study, stockbrokers with high blood pressure who adopted a cat or dog had lower blood pressure readings in stressful situations than did people without pets.

People in stress mode get into a "state of dis-ease," in which harmful chemicals like cortisol and norepinephrine can negatively affect the immune system.  Studies show a link between these chemicals and plaque buildup in arteries, the red flag for heart disease.  Pets are good for the heart, not just in love, but in health too.  Heart attack patients who have pets survive longer than those without, according to several studies. Male pet owners have less sign of heart disease -- lower triglyceride and cholesterol levels -- than non-owners. 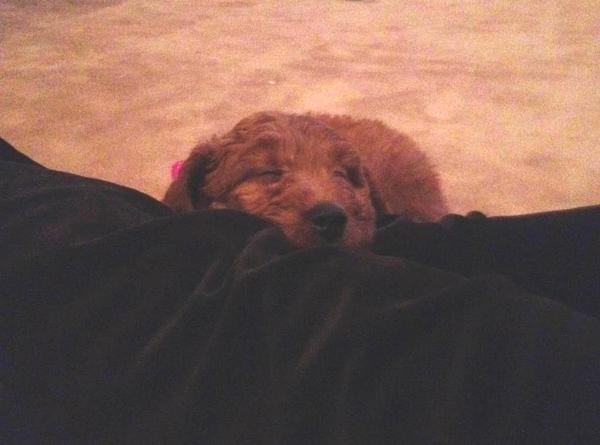 Like any enjoyable activity, playing with a dog can elevate levels of serotonin and dopamine -- nerve transmitters that are known to have pleasurable and calming properties.. and they can also boost our immunity. Studies have shown that if a dog lives in the home, infants were less likely to show evidence of pet allergies. They also were less likely to have eczema, a common allergy skin condition that causes red patches and itching. In addition, they had higher levels of some immune system chemicals -- a sign of stronger immune system activation.  Some people may think that dogs are dirty animals, but research actually suggests that babies who have greater exposure to dirt and allergens have a stronger immune system.

And finally the incomparable Betty White, who just celebrated her 90th birthday, closed with the added benefit that dogs can even help you get dates.  And Betty should know!