Tweens, Teens and Technology: Five Tips for Parents to Promote Positivity and Not Pornography 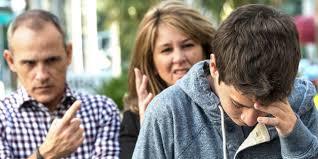 Many times, when we think of how to work with our tweens and teens, we focus on their issues and we forget to look in our own mirror.  We tell, instead of gently teach, and demand rather than take a deeper look at what might be the roots of their seemingly ugly or irrational behavior.  With most parents and their children, the question of what to wear can come up quite often in the tween and teen years.  Undoubtedly, western culture often has many unique dress code messages while parents regularly have another set.  These five tips will help you and your tweens and teens get on a positive track in a society that seems to have gone down the path of pornography, 1) Encourage Education, 2) An Attitude of Awareness, 3) Get in the Grown-Up Game, 4) Dress with Dignity, and 5) Shine from Your Soul.

With my dare I say, 40th reunion upon me, I can still remember my teen years as if they were yesterday.  Since I am a child of the 70s and attended a San Diego public high school, it would seem natural that I probably wore shorts daily.  However, I can hear my Dad now as he said, “No shorts to high school!”

As I reminisce, I don’t think Dad’s notion of high school dress lasted too long.  I can recall my favorite white corduroy shorts with the cute green, pink, black, and white Hawaiian shirt à la wood beads and a feminine touch.  This was my favorite shirt and to top it off, my Mom made it.  I felt like a surfer and even had a board!

While I don’t remember exactly how I convinced my parents to let me wear this outfit to high school, I am sure it probably had something to do with the idea that I would often ride my bike to school or walk.  Besides, they were not extremely short shorts like Daisy Dukes but more of a cool, classy, and conservative, beach babe look!  Indeed, perfect for paradise as we call San Diego.

Yes, times have changed and technology can be one of the places where the changes can be easily noted.  Sex sells in western culture, hence, scantily clad people to include tweens and teens can readily be seen in a review of social media sites such as Facebook or Instagram.  People can peruse the photographs either publicly or privately and the photos may potentially end up in strange places.

While many teens will at least dip their toes and experiment to some extent sexually, the lines in society particularly in western culture media, have expanded since my days of cool, conservative shorts.  The lines in the media, often seem to encourage sexual behavior for teens with little or no consequences.  In 2004, a team of researchers led by Rebecca Collins, Ph.D., also found “watching television with sexual content apparently hastens teen sexual activity.” 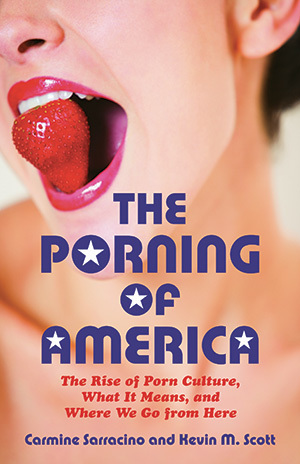 Now with technology at the tip of our fingers, sexual talk and images to include pornography can be within one’s hands at the click of a button.  In about 2011, sexting or the sending of provocative pictures became the new rage among young people.  Teens have even taken clandestine sexual videos via webcam of other teens and posted them online.  In the case of 18-year-old, Tyler Clementi, the public humiliation he felt in such an instance led to his 2010 suicide.

With the ever-changing nature of technology, our laws need to change and have started too.  Thankfully, this year the U.S. House of Representatives passed the bill, “Protecting Against Child Exploitation Act of 2017,” that could result in a 15-year prison sentence for teen to teen sexting.  Moreover, teen to teen sexting can result in child pornography charges.

With the relationship to tweens, teens, and the media and how the research historically and emphatically shows that young people shape their identity in part through these images, parental concerns and considerations should be paramount.  Add technology to the mix and the transactions between young people become quicker and of more concern because messages can be sent and deleted instantaneously.  Thus, what can parents and the public do to prevent this prevalence of pornography?

These five tips will get you on the right track.

We need to encourage education among our tweens and teens.  In many instances, tweens and teens can be one step ahead of adults on the latest technological advances.   Herein, have positive conversations with your tween or teen about what may be going on in the technological world.  Ask them what they think and feel about the latest sites and gadgets.  Let them share their education with you and vice-versa. 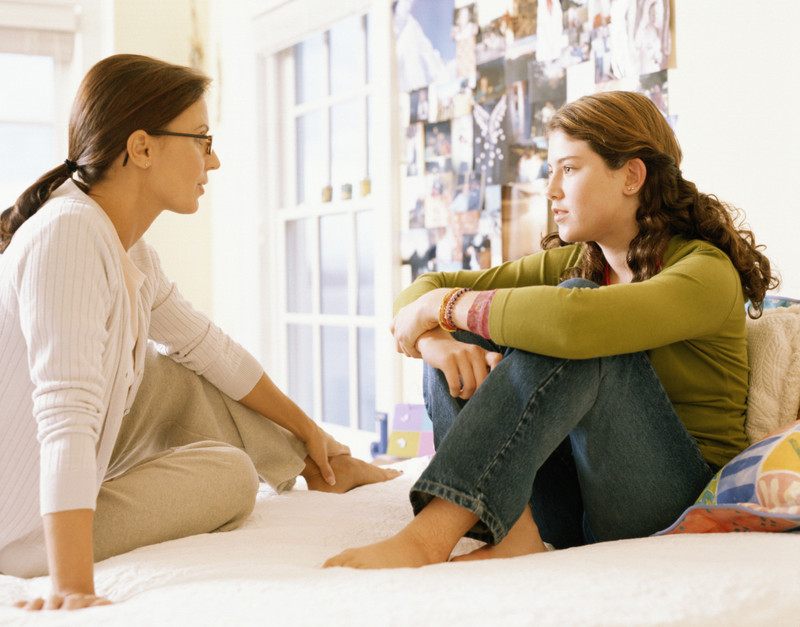 Most importantly, be sure to talk with your tweens and teens and not at them.  This way you will also increase your knowledge about how tweens and teens see, think, and understand these new technological innovations.  In my research with female middle school students and Facebook, many of my interviews showed that teens were quite aware of the impact of cyberbullying and other negative technological behaviors.  They wanted to keep their online posts positive!  Additionally, my research showed that young women, often looked to their parents for further guidance on how to do this.

An Attitude of Awareness

One day as I sat in the coffee shop in the grocery store, I saw the employees take pictures for about one-half hour of a scantily clad customer as she waited at the counter for some balloons.  When she finished and the employees were out of site, I went up to her to make her aware.  The woman had no idea.  Most importantly, with her lack of awareness, someone could easily follow her home.  When I reported this to the manager, he said that he regularly sees male customers with phones in hand or on their shoes as they follow female customers.

In another grocery store adventure, a young man pulled out his phone to take a picture of a half-dressed model on a magazine cover.  Needless to say, I felt rather shocked by both incidents.  Therefore, every parent must continuously encourage an attitude of awareness among their tweens and teens.

Get in the Grown-Up Game

Parents also need to remember that they now have a huge responsibility with children and must role model.  The media often shows adult women and men in sexually explicit poses as they carouse and party like they do not have a care in the world.  Adults in my neighborhood have been known to serve alcohol to minors in sex-themed parties.

As responsible adults, we need to model good behavior.  We can have a childlike spirit but not act as if we have party hearty attitude.  The patterns for long-term health behaviors get set in childhood, so we need to show maturity to our children and get in the grown-up game.

Many times, in my college classes, I have to tell my students to dress appropriately for a speech.  This means as if one were to go to a job interview rather than a club.  Even so, I have had females with their stomachs in full view and males barefoot.  In a similar incident, my friend told me that her husband teaches in a high school and the female students will sometimes have no underwear on in class and spread their legs.  Thankfully, he reports them.

To encourage tweens and teens to dress with dignity, adults must too.  I always tell people that I am not twenty-something and prefer not to look like I am.  To dress with dignity means to wear age-appropriate clothes and consider the culture.  If one needs to get a professional consultant, then we should.  These days, females and males can even try clothes online at sites such as Fitle.  Whether female or male, we can still be hip and hot rather than fall into the ho or half-dressed category.  Our youthful exuberance can and should shine from our soul!

Shine from Your Soul 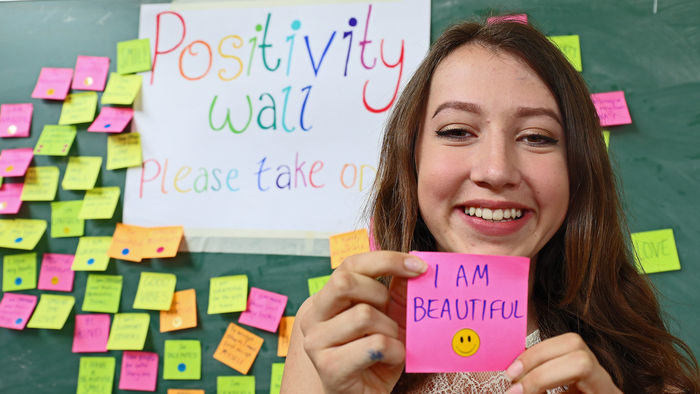 Indeed, western culture surrounds us with messages of what we have and what we do rather than who we have become internally!  Of course, most of us probably want to have a certain amount of success and look somewhat striking but we must not do this at the expense of our soul as this message gets communicated to our young people as well.

As a College Professor, at a major university, I have been asked by an administrator to falsify a grade to pass a student and heard of parents that want grades changed per their position.  What does this all say to our young people?  Well, the amount of crying at grade time that I have seen in the hallways, I think speaks for itself.  Let’s teach our young people about honesty, hard work, and happiness which comes from within.

While progress can be good, again, we must not let it go the way of pornography.  In the age of the Internet, this war does not get easily waged but we can each take steps in our circle of influence to tackle the tirade of messages that we receive daily.  If we encourage education, have and teach an attitude of awareness, get in the grown-up game, dress with dignity, and shine from our soul, we will guide our tweens and teens with some concrete steps for success and empower ourselves in the process.  In the words of Michael Korda, we will “accept the world as it is and rise above it.”