One Sunday afternoon, my tween nephew, Ben, and I took a bike ride around his quaint neighborhood.  As we approached one of my favorite homes, a yellow, country-like house with a white picket fence, I noticed a cute boxer in the yard as he peered through the slats.  I commented, “That dog looks like Boo,” a reference to Ben’s boxer, Brutus.

Within a moment, the dog made his way inside the home to the giant front window and seemingly smiled at us.  Ben remarked, “He even has gray eyebrows like Brutus!”  Immediately, Ben and I gave each other an inquisitive look and raced the few blocks home. 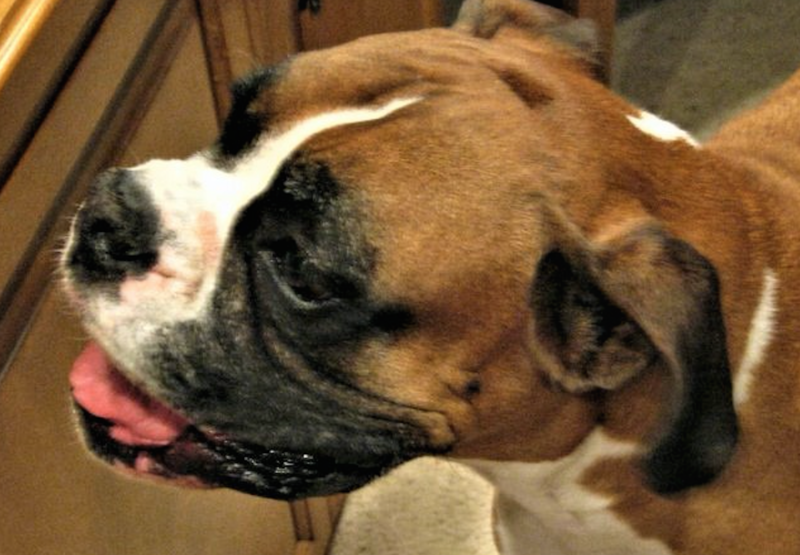 Upon our arrival, we noticed, Ben’s teenage brother, Reagan, lying on his back on the outside bench, texting away on his cell phone.  We shouted, “Where’s Boo?”  Reagan had dogsitter duty.  Without a glance, Reagan stated, “I think he’s in the house!”

Think? I questioned.  Of course, I looked perplexed and irritated.  Ben rushed into the house as if he were going for a touchdown and I shouted “Boo, Boo!” as if I were a crazy fan.  No, Boo!  Ben and I then almost tackled, Reagan, as if he were on the opposing team!

After we called my sister, and gave her a mini-heart attack about her poor pup aka fifth child, we discovered the mystery behind the doggie in the window.  The neighbor had called.  Thankfully, Boo had a dog tag to identify him so we rushed to bring him home.  Luckily, we had a happy ending.

Even so, I must go back to my teen nephew, Reagan, and his multi-tasking.  My family scenario gives just a glimpse of the inherent dangers of multi-tasking particularly as related to texting.  Others have not been so fortunate.

As Americans, we often pride ourselves on the thought that busier equals better.  Of course, this translates to teens.  Children regularly do what children see and parents frequently fall prey to and practice multi-tasking especially with their phones.

While much of the research on the number of text messages teens send has taken place over five years ago, in 2008, Nielsen reported teens often send 3000 text messages per month.  Thus, it should come as no surprise that teens often multi-task.  Like those around them, teens will often text, talk, and regularly even bridge traditional and new media as they watch television too.

Of course, there can be a multitude of other multi-tasking scenarios.  These days, we all seem to have the 24/7 mobile mentality.  Yet, as American entrepreneur, Gary Keller, founder of the well-known Keller Williams Realty, stated, “You need to be doing fewer things for effect instead of doing more things with side effects.”

Likewise, Christine Rosen stated in her 2008 article in the New Atlantis:  A Journal for Technology and Society, multi-tasking or doing two or more tasks well at the same time can be considered for the most part a myth.  In another article, Multi-Tasking and Stress, Chris Woolston, M.S., interviewed David Meyer, Ph.D., about his research on multi-tasking.  Meyer emphasized the stress associated with young people and multi-tasking per the shifting from one task to another.  This stress can cause short-term health problems such as headaches and stomach issues along with the long-term effects of chronic stress such as sleeping problems and depression.

The chronic stress cycle can also cause multi-dimensional challenges in the short-term and long-term.  For instance, not feeling well may cause a child to regularly miss school.  Not only will one’s education be impacted, but the loss of learning and getting behind can cause self-esteem issues which adds another set of obstacles.  All of these issues can be compounded to create poor short-term and long-term health intellectually, emotionally, socially, spiritually, physically, and eventually even financially.

Besides lost dogs and the aforementioned damages, most of us know, other types of multi-tasking has been associated with car crashes, walking accidents, and an array of other teen misfortunes.  These mishaps often lead to injuries and sometimes death.  Due to the increase of injuries, The American College of Emergency Physicians has even issued a warning for teens regarding multi-tasking, particularly as related to text messaging.

What can we do when we feel like life comes at us in a myriad of ways?  We must implement these strategies to combat this multi-dimensional attack and encourage our teens to do the same:  1) Lead by example, 2) Lay low on the technology, and 3) Live each moment.

The Latin writer, Publilius Syrus, stated, “To do two things at one is to do neither.”  Herein, we must lead by example and monotask or do one activity at time.  When we monotask, we give all of our attention to one person or situation.  This focus helps us to do well rather than get sidetracked by all of the events around us.

As every adult knows, teens can easily get off their path such as with homework or other important events like chores.  When we do one task at a time, we also show our teens that we have given priority to a specific activity and want to do well.  Our example will model good behavior.

Lay Low on the Technology

In the 24/7 world, everything seems like an emergency.  In multi-tasking fashion, adults take their technology from the bathroom to the bed.  Teens follow suit.  For teens, their friends whom they text or talk to at all hours of the night while doing homework takes high priority, many times over sleep.  Of course, until the morning comes.

As parents and educators, we need to show our teens that we can let some situations go and lay low on the technology.   One idea would be that we can create parking space at home or school for our technological gadgets just like we do our cars.  However, as researchers Rosen, Lim, Carrier, and Cheever commented “out of sight” does not mean “out of mind.”

Therefore, these researchers suggest that we take and encourage our teens to take technology breaks for one to two minutes every 15-minutes.  Teachers have also reported students appear more alert during the 15-minute learning period.  Foremost, as the family goes to sleep, so should our technology.

Most importantly, as adults we need to let our teens see that we live and enjoy the moments rather than become victims to multi-tasking mania.  Multi-tasking will pull us right in and life will pass us right by if we don’t slow down to savor the moments.  In most instances, multi-tasking can be considered an oxymoron.

Indeed, in the case of my family, our crazy dog incident could have been catastrophic due to teen multi-tasking.  As I reminisce, I can’t help but think of that song, “(How Much Is That) Doggie in the Window.”  Gratefully, we got our Brutus back, albeit, the one with the short, waggly tail, and he can be considered priceless!