This past October I wrote a piece entitled “To Breast Or Not To Breast,” in which I described the psychological trauma of losing my breasts to cancer, followed swiftly by the loss of part of my colon, followed by the loss of my spankin’ new implants for good measure, just in case I hadn’t gotten the, “It’s your turn to go through some s&^%” memo from the universe. Within 6 weeks of receiving a devastating advanced breast cancer diagnosis, I underwent 3 surgeries, was completely mutilated from my navel to my neck, had an ostomy bag and drains hanging off me, and was in such shock I could not even look directly at my scarred chest for days following the implant removal. The shrink in me dubs this “titrating the trauma.” I was facing my new reality in small doses and allowing myself time to work up to handling the full impact of the situation.

After all this demolition, along with chemo, radiation and more abdominal surgery - I was really looking forward to reconstruction surgery and putting Humpty Dumpty back together again. However, implants again after radiation was not ideal and the use of my abdomen for tissue to make new breasts was, in my case, not an option. I feared that no matter how important this was to me, reconstruction might not be possible. Although many women choose to remain “breastless” after mastectomy, and this is such a personal choice, it was important to me to reconstruct  - and I did not want that choice taken away from me after so much already had been.

Then I met Dr. David Greenspun and found my ray of hope. He spent two hours going over my options with me, discussing possible risks and benefits to each procedure, and ultimately concluded that the best reconstruction surgery for me was a Lumbar Artery Perforator (LAP) flap procedure. He described this as taking tissue out of the lumbar area (usually known as love handles even though no one loves them), and re-purposing it to make breasts with the added benefit of accentuating the curvature of the lower feminine back. I call that recycling at its absolute finest. Sounds like a dream right - whittling your waist down, putting that fat where your breasts should be, and lifting your butt?!

This seemed like a great choice, but I was confused because I am thinish to average weight and many women (same or larger than me) told me their doctors said they were “too thin” for flap surgery. Well, you can understand why I was mildly offended when Dr. Greenspun didn’t miss a beat taking one look at me and saying, “No problem - you’ve got plenty.” Um, seriously? He could have at least pretended to have to think about it right? Act like it was a tough call? That would have been the polite thing to do. But..he was right. I have been absolutely amazed at how much tissue he was able to “re-purpose” from my back to my front - where was that all hiding?!

So we did it. Well, he did it. I just laid there unconscious and woke up with one, then two breasts and a much tinier waist to boot. These are awfully nice perks after the hell that cancer and complications have reigned down on my body. However, before you all go running to sign up for this deal, you should know that nothing comes that easily. Nobody would trade in their perfectly healthy breasts for ones made out of love handles. The operations are definitely complex and carry some risks...and my scars do look a bit like I was a magician’s assistant who didn’t fold up quite well enough in the box. However, in the hands of a very experienced surgeon - who specializes in this type of procedure - the risk benefit ratio is very acceptable.

After each of my surgeries I spent 3 nights in the hospital for monitoring, but by the next morning I was eating breakfast and walking around within a day. With a little help from the awesome Greenwich Hospital nurses, I was even able to take a shower before I left. I then had a comfortable recovery at home, and was able to get back to driving a bit the following week. Don’t get me wrong - you are not doing much for a few weeks. However, I was lucky enough to have my mom stay with me to help with the kids, and the pain is totally manageable. Since I can put my feet up, eat bon bons and binge watch TV with the best of them  - I did great (and am fully up to speed on The Affair, The OA, and The Leah Remini Scientology Documentary by the way).

I should mention that tissue taken from the love handle area is more complex than flaps taken from the abdomen, but for women like me for whom that wasn’t an option - this was a great ‘back’ up (pun intended). While flaps from the abdomen are done with both breasts at the same time, the lumbar flaps are done one breast and one love handle at a time. Therefore, there is a month in between the two surgeries during which  you are sporting just the one breast (and still have the one love handle). Of course I could have worn a prosthetic to even it out - as many people do permanently. However, I usually didn’t bother. In fact, so many people did double takes when I was out in public with the drains and the unibreast - that I thought about having a t-shirt made up that read, “Pardon my appearance while I am under construction.” 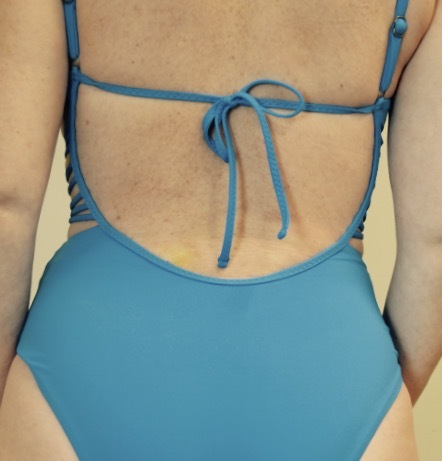 My surgeon took this pic in his office one week

after my lap surgery-- It shows the contour of my

back that was defined from taking the tissue there

So the question I wrestled with before, and that I’m being asked repeatedly now that this is behind me, is…Was it all worth it?! To this I say…HELL YES! My amazing surgeon Dr. David Greenspun, whom I should really refer to as the Michelangelo of breasts, under-promised and over-delivered big time. Despite the scars, etc. they ARE carved out of gold! I DO look like Jessica Rabbit! Well, ok not exactly - but compared to what I had before, after not one but two sets of breasts were lost - it seems like it. Even though some part of me knew, but could not exactly articulate why, having breasts returned to my body would make me start to feel whole again -  and in fact it really has.

I’ll never get back the body parts I lost, have any guarantee that my cancer won’t metastasize (as it was so advanced when we found it), or rid myself of the scars (inside and out) from what I’ve gone through, but I am able to begin the New Year feeling like something has finally been restored rather than taken. I now feel ready to start working on repairing the other damages that have been leveled by this disease – the ones that are a little harder to reach, and that don’t come in a C cup.

Follow your gut, if reconstruction of any kind is important to you and you have the option and access to do it – find a great surgeon like Dr. Greenspun and go for it. If not, own that too. But...look out Nicki Minaj…with the success and appeal of the LAP flap surgery for breast cancer patients, there may be a lot more ladies out there sporting those hella sexy curves you’ve cornered the market on.

Nice try cancer but, like Stella, I got my groove back. 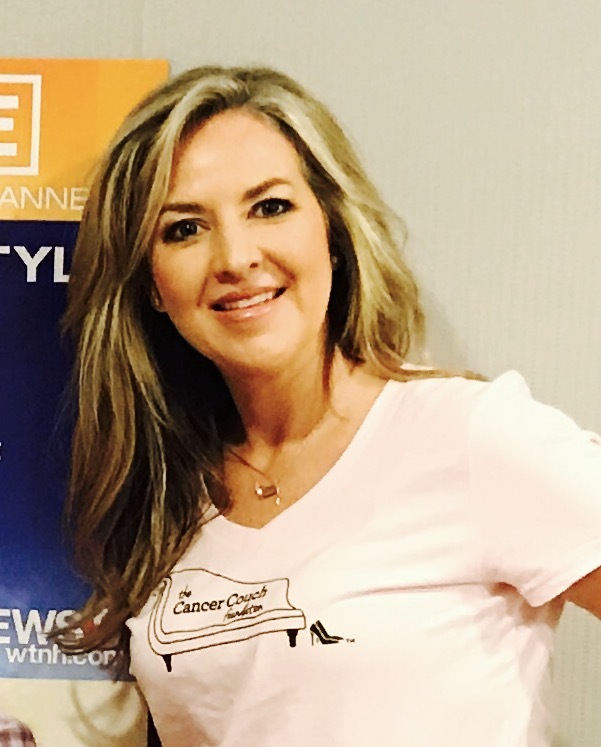 This week, on Channel 8 WTNH in CT: I was doing a segment to promote a 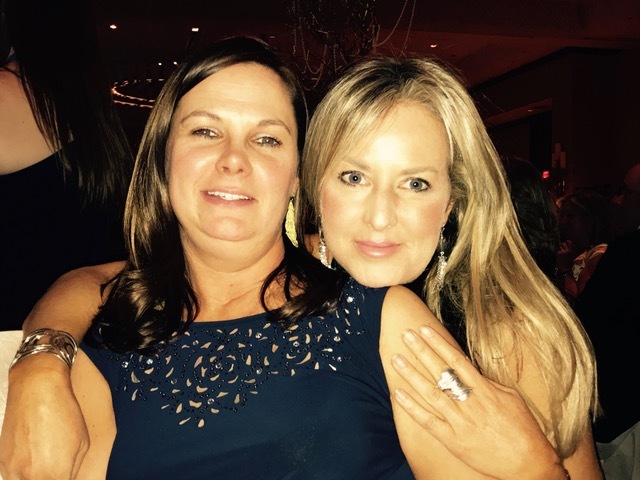 My best friend - since I was 6 - and I at a cancer gala one month after my second surgery.

_______
You can follow Rebecca’s story and get more “Wit and Wisdom From Both Sides of The Sofa,” as well as learn about The Cancer Couch Foundation – Funding Research For Metastatic Breast Cancer, at www.thecancercouch.com or check out this video.

In a nutshell, I am a CT based Neuropsychologist, wife, mother, and life-long athlete (Division 1 College Soccer Player), with no family history, who turned into a breast cancer patient in September 2015. As a way of coping after being completely blindsided with an advanced breast cancer diagnosis (first Stage 4, then re-staged to Stage 3C), being told I might just have 3 years to live, and no longer able to continue seeing patients in my private practice, I started writing about my experiences going from "shrink/doctor to patient" in the matter of a day - and ending up on the other side of the couch. This experience has given me a whole new perspective and I write from a place of humor and gratitude but mostly honesty. After having completed the usual treatment regimen of chemo and radiation, but also having had every complication known to man in the process (like losing part of my colon), I am now about to undergo a series of complicated reconstruction surgeries to put Humpty Dumpty back together again. I am processing the debate of this being considered "elective" by some (my parents) and grappling with what losing my breasts has meant to me.