Wow, what a whirlwind these past few weeks have been as I have had to take on one of the biggest challenges of my life. There are so many women in this country hearing those same words that I just recently heard: “You have breast cancer” and from that very moment, you are instantly thrust into a world you didn’t know anything about. A world full of new words: core biopsy, lumpectomy, mastectomy, radiation, chemotherapy, and the list goes on. Breast cancer is complicated as there are many differing opinions as to how to best treat it.

The weeks immediately following my breast cancer diagnosis went at meteoric speed and were overwhelming and confusing.  For me, while all of the medical conversations were going on, I was also thinking about how I would handle this diagnosis publicly. I will admit to you, my first thought was how to keep it a secret so none of you thought that I was a failure. I questioned whether I had in some way done something wrong in my efforts to keep myself fit and free of disease. Here I am a health advocate, constantly on the road speaking to women about staying in control of their health and now this happened to me.  Not only that, but I’m a parent of young children and I had this sense that I wanted to protect them from everything, and especially from worrying about mommy “having cancer.”

The thought of going public was a scary one.  Would people look at me with sad eyes when I went into the grocery store in my wig?   Would I be able to go on national TV and spit the words out that I have cancer?  And when should I share this news?  It had only been about two weeks since I had been diagnosed, but that time had passed at warp speed – going from one expert to another trying to find out the best treatment for my kind of cancer. Every time I walked in and out of another hospital, another doctor’s office, I was a bundle of nerves, not ONLY because of what was going on, but because I didn’t know if someone would recognize me and “out” me with my cancer news.  I quickly felt the truth – I couldn’t and wouldn’t hide this.  I couldn’t possibly lie to friends when they asked the simple question: “how are you doing?”  Nor, could I hide this from the public.

The next day I picked up the phone and called Robin Roberts.  She is someone in the industry who has always been a friend to me and she is one of the most lovely and compassionate people in the business… and of course, she had gone through this herself only a few years ago.  We discussed what had transpired since the initial diagnosis and our stories were amazingly similar.

It felt so reassuring to talk about what was going on, knowing that she had made it through.  “It’s no picnic Joni I’m not going to lie to you,” she told me, “but you will survive this.”  I told Robin that what I wanted most was to NOT be a victim, but rather use my journey to help motivate other women to get their check-ups every year because we were both examples of how you survive this kind of cancer if you catch it, and act on it early. 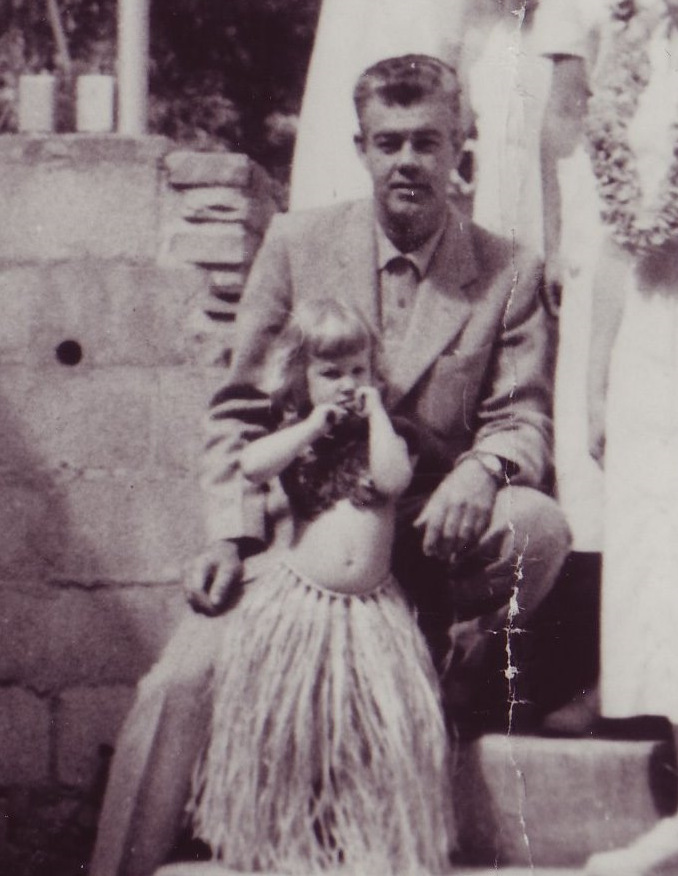 I shared with Robin that the night before as I was going to sleep, I made a major turnaround in my attitude as I thought about my father who had been a cancer surgeon.  In fact he crashed in our small family plane and perished while returning home from speaking at a Cancer Convention.  I was only 14 years old at the time but I had always admired him and had always wanted to follow in his footsteps.

Robin said, “let’s do this next week, and you just tell the audience, just like you told me, and believe me you will make your daddy proud.”  That’s what I needed to hear.

The following Tuesday morning I walked onto the set of GMA, exchanging fond hellos with so many colleagues who I’d worked with over the years, but I tried to steer clear of any emotional exchanges.  I wanted to feel empowered and strong when I went on the air.  I wanted to show strength for all the women out there dealing with this and for every woman out there who hasn’t been screened, and for every woman who has felt a lump and didn’t go to the doctor because she was afraid of the answer.  My biggest fear was that I would get mushy and cry and I was afraid that if I got emotional, I wouldn’t be able to get that message across clearly.

Robin introduced me and asked that first question: “Joan you are here because you heard those words that no woman wants to hear, you want to tell us?”   I think my voice broke a little when I began telling Robin and the viewers at home that I had heard those words, “You’ve got breast cancer.”

After my announcement on Good Morning America, there was an unbelievable outpouring of love and support from not only friends and colleagues, but from so many of you.  I want you to know that I am so grateful for that support.  I didn’t know what kind of response I would get but what an amazing feeling to know that so many people out there care enough to send their strength and love.  I quickly felt in my heart of hearts that if this was the public response, then I was doing something right.  I need to be a part of this discussion, urging women to get checked and get treated, and hopefully I can act as a source of strength for someone, just as Robin and so many of you have been for me.