The weather is getting chilly and it's the perfect time of year to bundle up with a good book. We are very excited about all the book recommendations you've been sending to us for Reveille Readers, so keep 'em coming! We will continue to share your favorite picks, we look forward to hearing what you think of these books, and we can't wait to read them too! 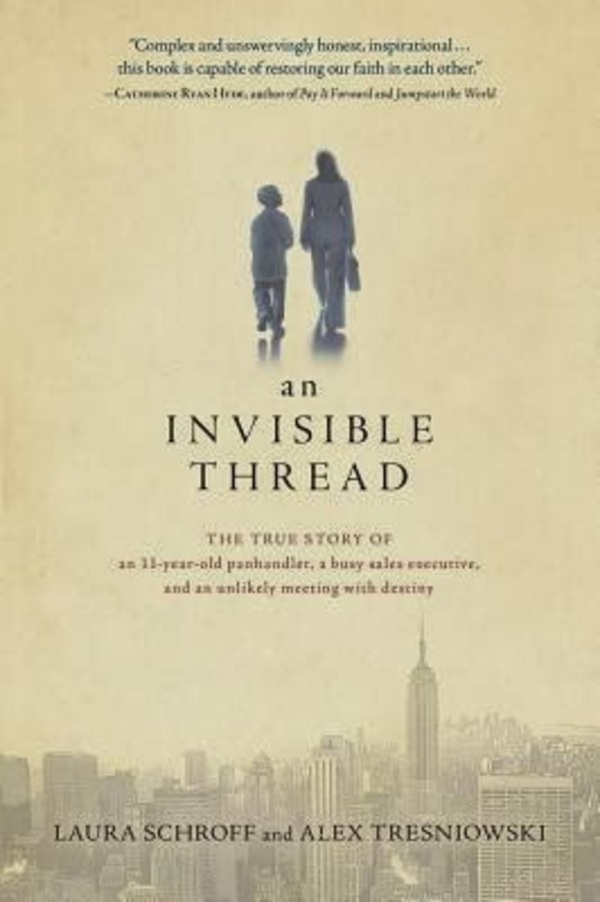 Joanne's Pick: An Invisible Thread: The True Story of an 11-Year-Old Panhandler, a Busy Sales Executive, and an Unlikely Meeting with Destiny by Laura Schroff

Joanne's Review: If you want a Feel Good Book, this is it!  A true Story about a hungry 10 year old in New York City and a Busy Advertising Executive.  I have passed this book to everyone I know and they all love it!

Book Description:
An Invisible Thread tells of the life-long friendship between a busy sales executive and a disadvantaged young boy, and how both of their lives were changed by what began as one small gesture of kindness.

When Laura Schroff brushed by a young panhandler on a New York City corner one rainy afternoon, something made her stop and turn back. She took the boy to lunch at the McDonald’s across the street that day. And she continued to go back, again and again for the next four years until both their lives had changed dramatically. Nearly thirty years later, that young boy, Maurice, is married and has his own family. Now he works to change the lives of disadvantaged kids, just like the boy he used to be.

An Invisible Thread is the true story of the bond between a harried sales executive and an eleven-year-old boy who seemed destined for a life of poverty. It is the heartwarming story of a friendship that has spanned three decades and brought meaning to an over-scheduled professional and hope to a hungry and desperate boy living on the streets. 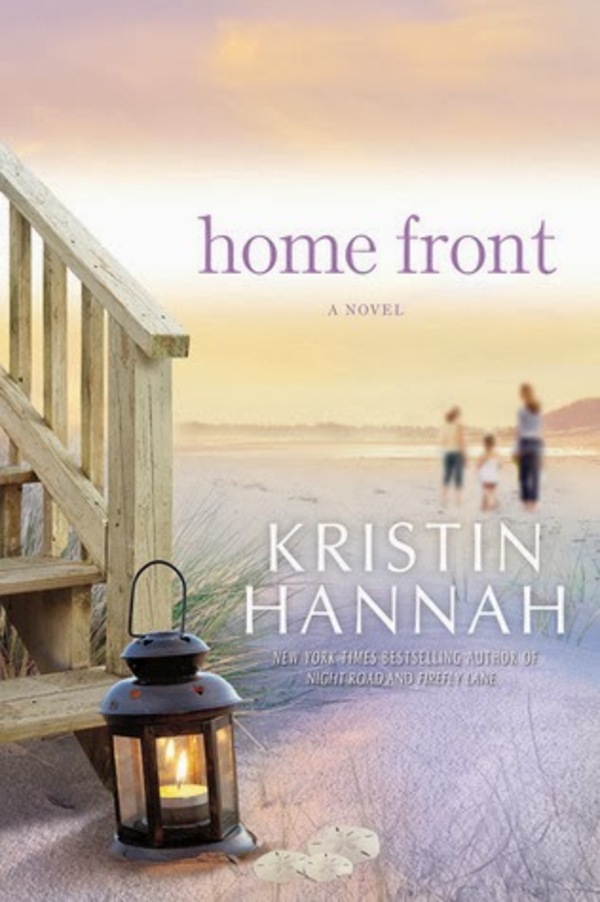 Bonnie's Review: This is a book about an exceptionally strong woman who is a wife, Mother, and in the military reserves as a helicopter pilot. It was eye opening because I had never really focused on or even known about what our service women have to endure.  It will make you laugh and cry.  If I tell you more, it will spoil it!

Book Description:
In her bestselling novels Kristin Hannah has plumbed the depths of friendship, the loyalty of sisters, and the secrets mothers keep. Now, in her most emotionally powerful story yet, she explores the intimate landscape of a troubled marriage with this provocative and timely portrait of a husband and wife, in love and at war.

All marriages have a breaking point. All families have wounds. All wars have a cost...

Like many couples, Michael and Jolene Zarkades have to face the pressures of everyday life---children, careers, bills, chores---even as their twelve-year marriage is falling apart. Then an unexpected deployment sends Jolene deep into harm’s way and leaves defense attorney Michael at home, unaccustomed to being a single parent to their two girls. As a mother, it agonizes Jolene to leave her family, but as a solider she has always understood the true meaning of duty. In her letters home, she paints a rose-colored version of her life on the front lines, shielding her family from the truth. But war will change Jolene in ways that none of them could have foreseen. When tragedy strikes, Michael must face his darkest fear and fight a battle of his own---for everything that matters to his family.

At once a profoundly honest look at modern marriage and a dramatic exploration of the toll war takes on an ordinary American family, Home Front is a story of love, loss, heroism, honor, and ultimately, hope. 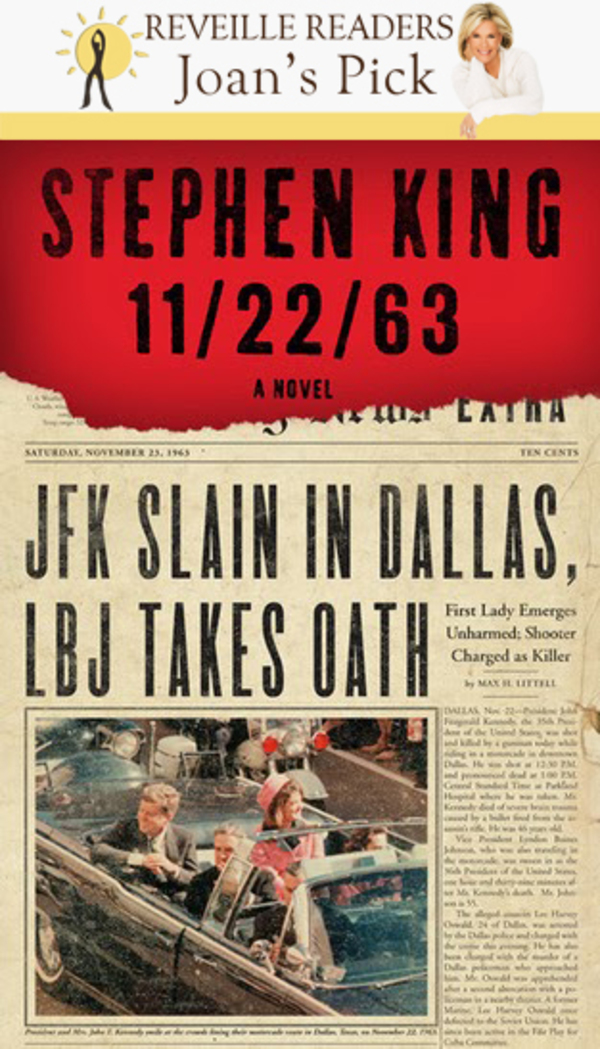 Joan's Review: This came highly recommended and I wasn't disappointed, I absolutely loved this book!  It's a suspense mystery but also filled with real history and to top it off it really makes you think about life and our world.  I remember being a little girl and watching television on the day of JFK's assassination and the ensuing hours and here we are, 50 years later and I found this book... it was completely riveting.  I would love any recommendations that would take me into a book like this one.

Book Description:
If you had the chance to change the course of history, would you? Would the consequences be what you hoped?

Jake Epping, 35, teaches high-school English in Lisbon Falls, Maine, and cries reading the brain-damaged janitor's story of childhood Halloween massacre by their drunken father. On his deathbed, pal Al divulges a secret portal to 1958 in his diner back pantry, and enlists Jake to prevent the 11/22/1963 Dallas assassination of American President John F. Kennedy. Under the alias George Amberson, our hero joins the cigarette-hazed full-flavored world of Elvis rock'n'roll, Negro discrimination, and freeway gas-guzzlers without seat belts. Will Jake lurk in impoverished immigrant slums beside troubled loner Lee Harvey Oswald, or share small-town friendliness with beautiful high school librarian Sadie Dunhill, the love of his life?

Have you read any of these books? Let us know what you think! Have your own book to recommend? let us know!