We had another busy day here in London yesterday!

We started off the day chatting with Rachel Richardson, the editor of Fabulous Magazine. Rachel gave us some insight on Kate Middleton's aesthetic transformation over the past months of her engagement to Prince William. Kate has noticeably changed, whitening her teeth, dropping weight, and generally transitioning to a more sophisticated "princess-like" way of dressing. 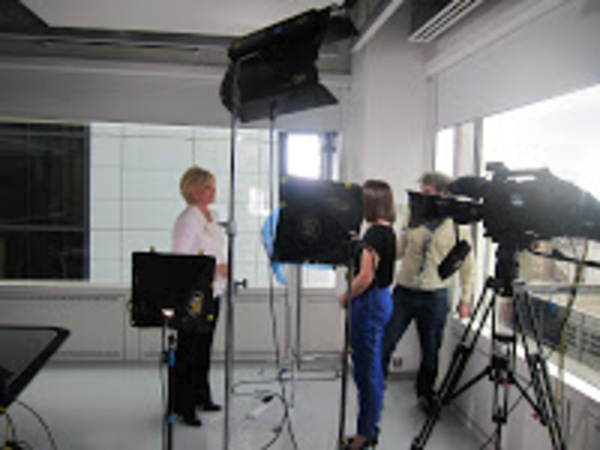 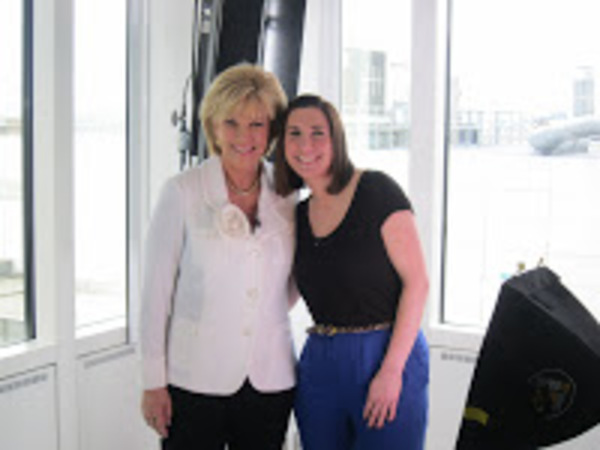 While setting up for the next interview in front of Parliament, we were able to get a few great shots in front of the spectacular building. 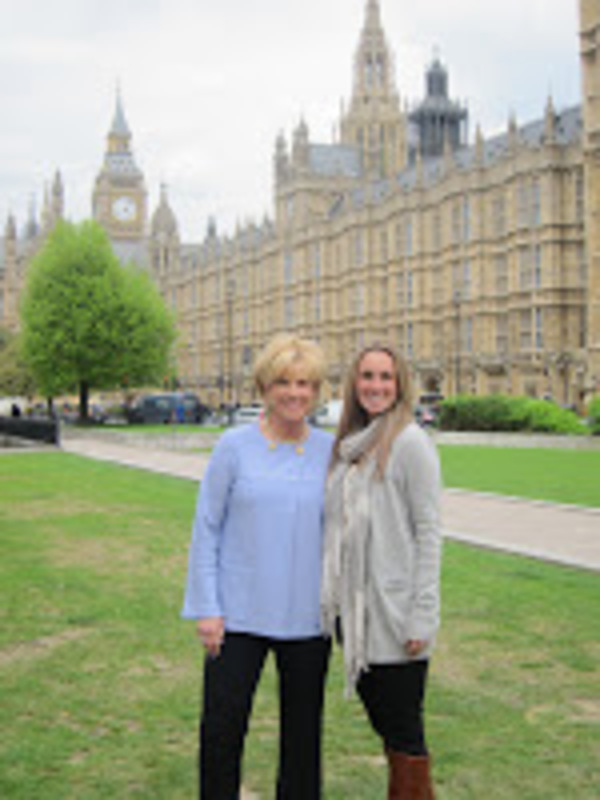 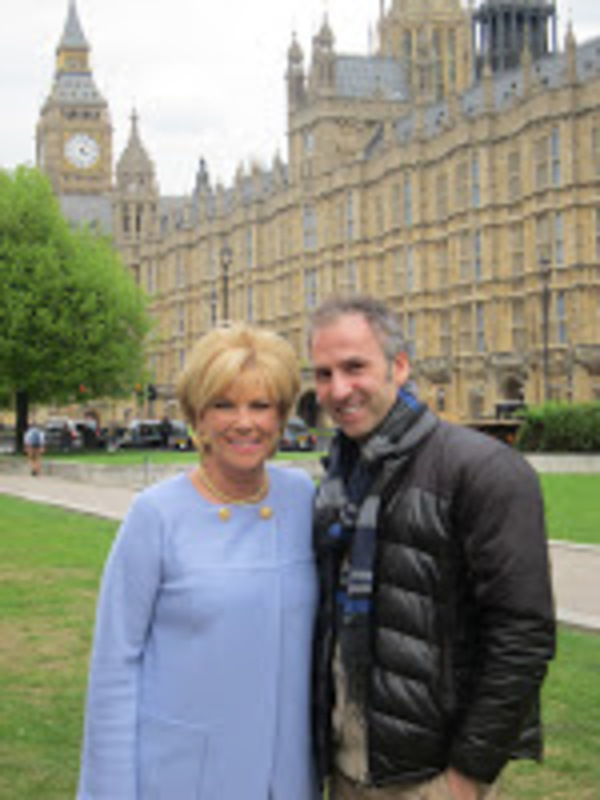 The next interview was with Alastair Bruce, Sky News' Royal, Religious, and National Events Commentator. Alastair has commentated on all the big events here in London including the funeral of Princess Diana. Alastair gave us some insight as to the "toned down" nature of the upcoming wedding in comparison to Charles and Diana's uber-opulent nuptials. 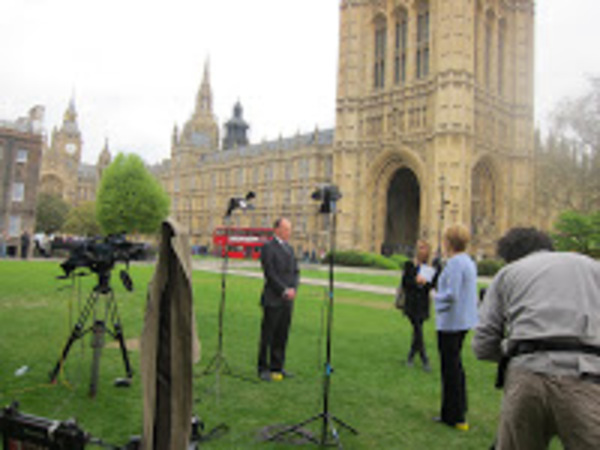 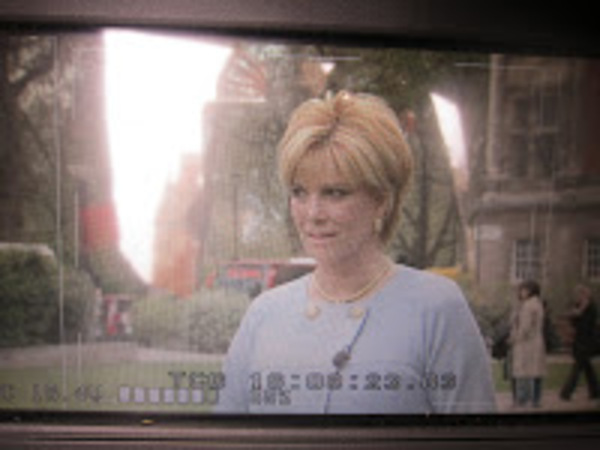 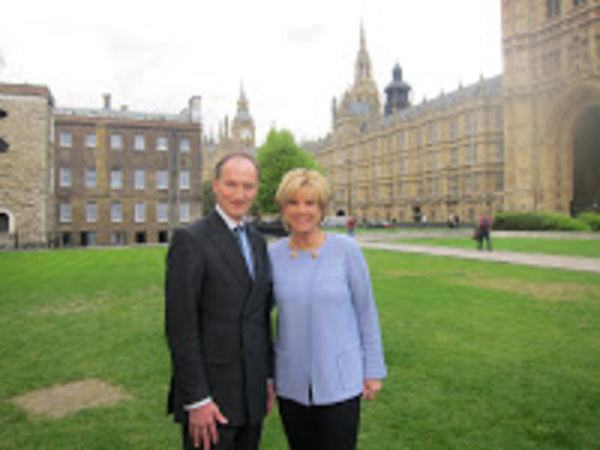 In the middle of our interview, a Prince William and Kate Middleton look-alike couple entered the area and caused a tourist frenzy! 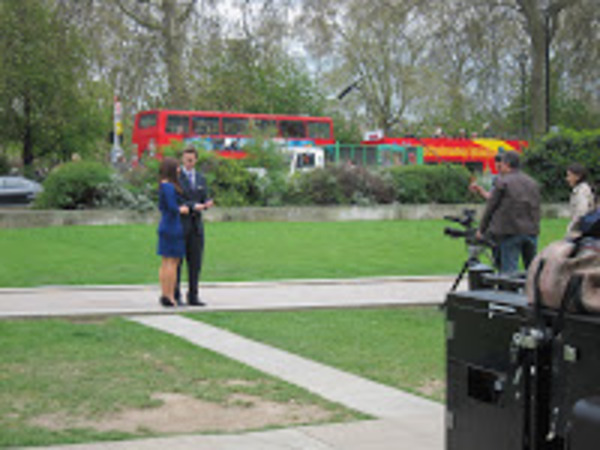 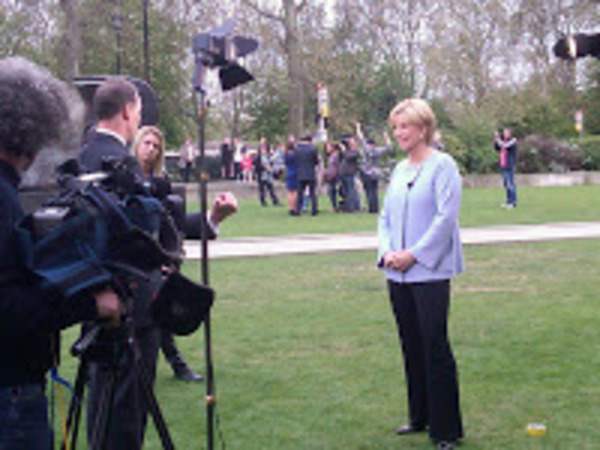 After hearing about Clarence House releasing a Tweet about how Kate will stay at the Goring Hotel the night before the wedding, we went over to check it out! We also heard that within minutes of the news being released, the Goring Hotel website crashed due to the influx of web traffic! 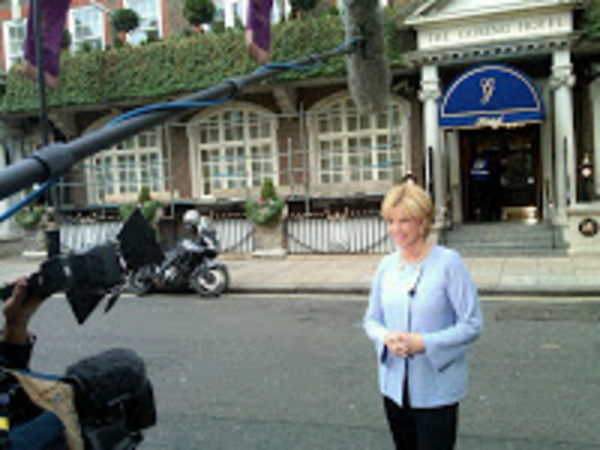 Yesterday evening we did another live shot back to NY on America Live with Martha MacCallum (who is filling in for Megyn Kelly who just had a baby girl!) and gave an update on the Royal Wedding news of the day! 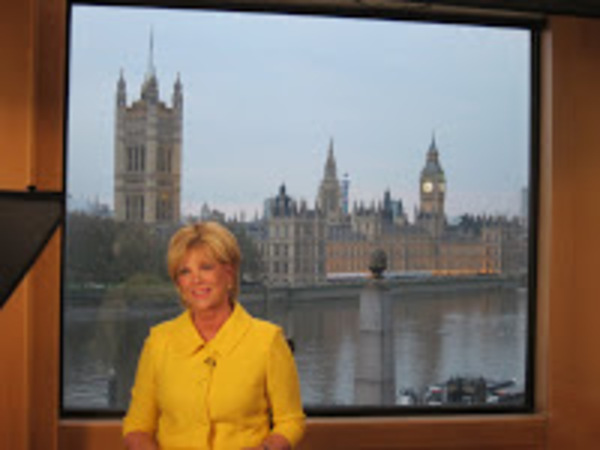 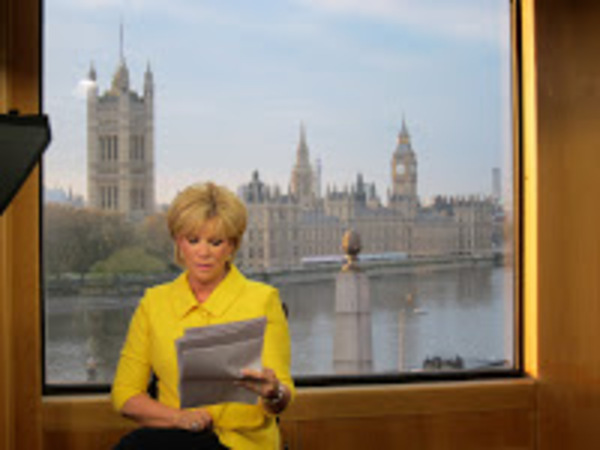 On the way out to the car, we got a beautiful evening shot of Parliament 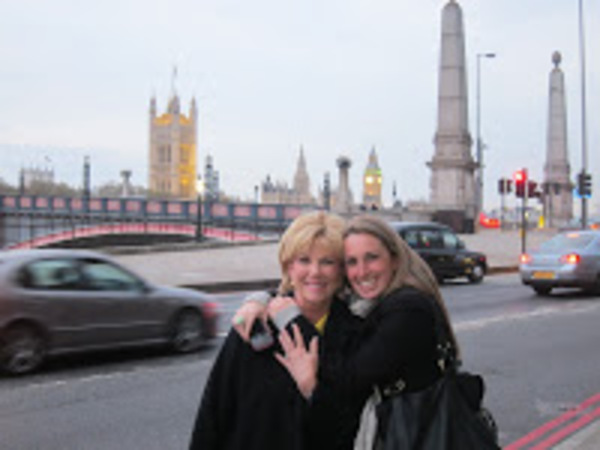 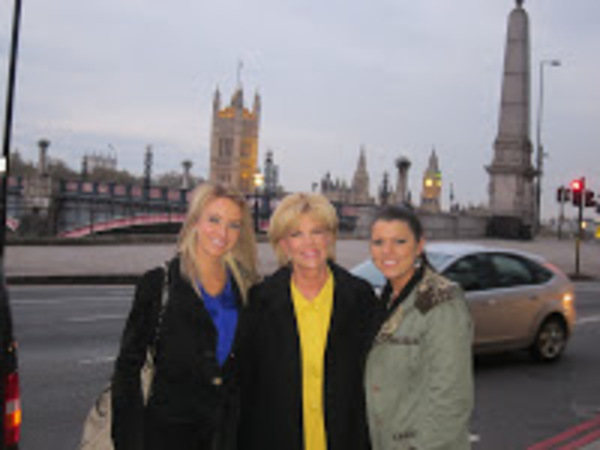