What I did on my summer vacation! 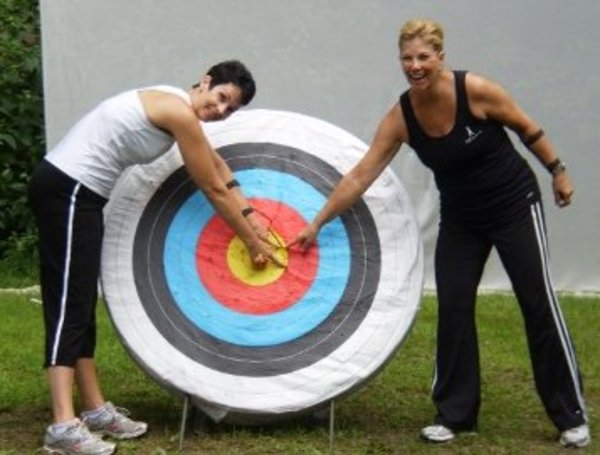 Want to take a trip back in time, to a time when you were footloose and carefree? Go back to summer camp, reconnect with nature, and play like a kid! That’s what I did this summer with 138 other women who came to play and relax and laugh and be nurtured at Camp Reveille on Long Lake in Naples Maine.

Waking up to the aroma of tall timbers and the sound of birds engaged in their morning chit chat is the ultimate de-stress therapy! This peacefulness is only interrupted by an occasional bunk door shutting; first the wire springs uncoiling to open it and then the slam of the wood against the side of the bunk. It is a sound that harkens back the feeling of being a little kid away at camp. Only nowadays, we are big, with big responsibilities and sometimes big problems. Our hectic schedules and our endless “To Do” lists can feel overwhelming at times. However those stress-filled thoughts are far from our minds as we awaken to a day of archery, canoeing, jewelry making, ceramics, wacked-up relays and campfires. A big morning yawn unclenches a tight jaw, which in turn releases knotted muscles in the back. 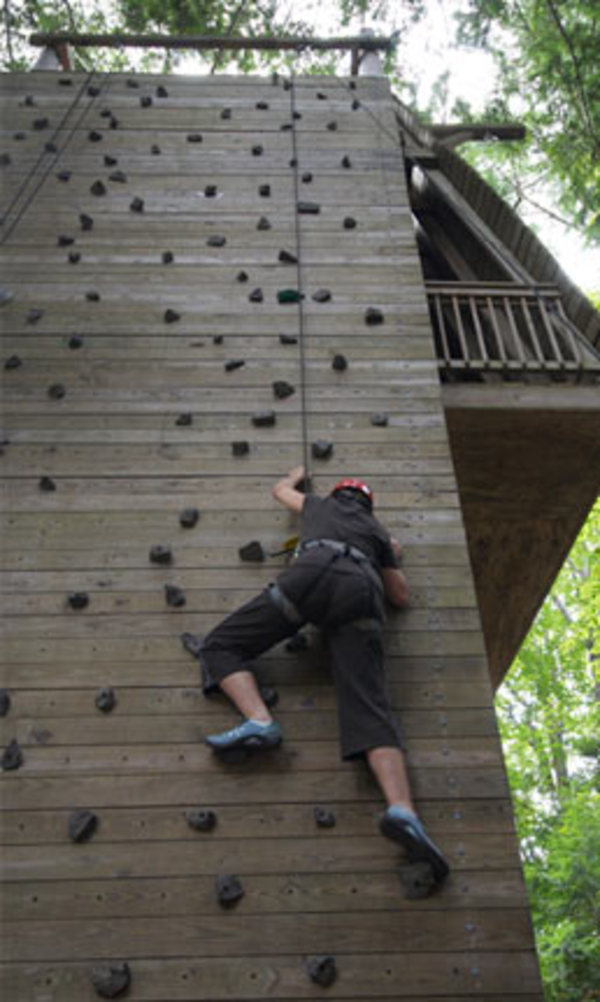 Once engaged in what is essentially play therapy, you find yourself giggling, and laughing, and shouting with excitement at your accomplishments. So what’s the point of climbing to the top of a 50 foot climbing wall? Well truth be told, we all have a natural tendency to set our own limits on what we think is possible for us to achieve in life. Many people think that those limits are established for us – of course I’m not sure who they think decides just how far we can run, or how much we can actually accomplish. However each of us is probably capable of doing far more than we think we can, and all we really have to do is dare to go further -- that’s the only way to find out how far we can really go. Campers at Reveille, women ranging in age from 20 to 73, descend from the infamous climbing wall in total disbelief and astonishment that they were able to reach the top – and that realization is mind-expanding. It often begs the question: If I can go so much farther than I thought I could in this part of my life, what other things might I be capable of doing if I would just dare to try!!

As campers, we played and we made smore’s around a crackling fire, and we attempted silly laughable feats in the “wacked-up relay” – and we turned back the hands of time – maybe for only a few days, but it can have a long lasting effect! 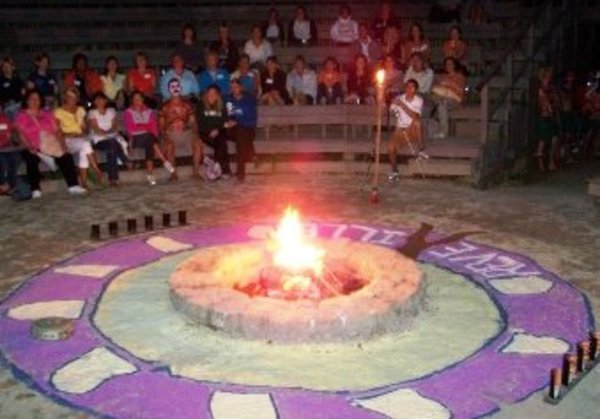