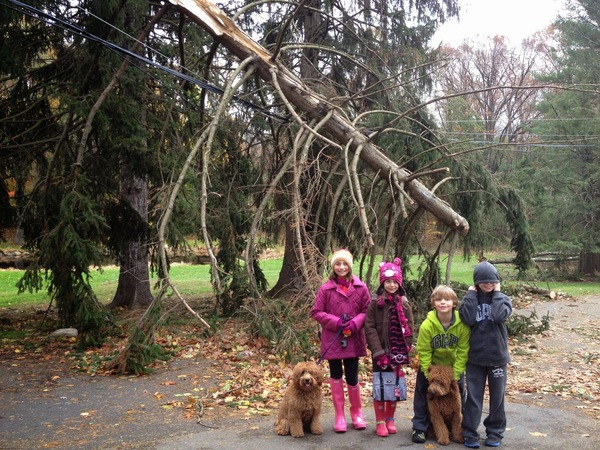 The weather forecast today: Partly cloudy with a high of 53 degrees - what a  difference from this time last year.

Today marks the one year anniversary of Hurricane Sandy, also known as "Superstorm Sandy" that affected the entire eastern coast of the United States. It sent flood surges that put most of NJ and NYC under water, it left 3 feet of snow in West Virginia, and caused 20-foot waves on the distant Great Lakes. The 13 states that were hit the hardest by Sandy were left with an estimated $65 BILLION in damages. 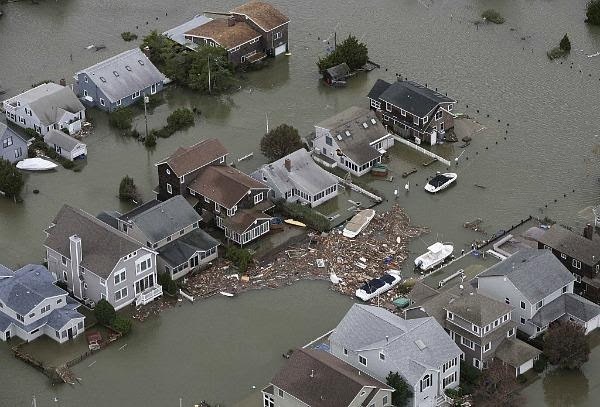 As pictures of my surrounding areas that were severely damaged began to surface - various towns on Long Island, Queens, Long Beach and the Jersey Shore to name a few - I saw how bad the damage was.  I quickly realized that this storm was going to go down in history as one of the worst natural disasters to strike the the United States, and it did.

Sandy became, the second-costliest weather disaster in American History behind Katrina, according to the National Oceanic and Atmospheric Administration.  Even my twins, who are too young to understand the magnitude of the hurricane, quickly understood that due to a terrible storm we lost power, many people lost their homes and all of their belongings, and even a holiday, Halloween had to be cancelled.

For us, it simply meant inconvenience - we had no power and we were stuck on our block by a dozen huge downed trees on our street...nothing compared to what others endured.  We have friends who had to relocate their families or move in with relatives and their kids had to change to different schools.  Many of those families thought they were adequately covered but are still fighting with their insurance companies. 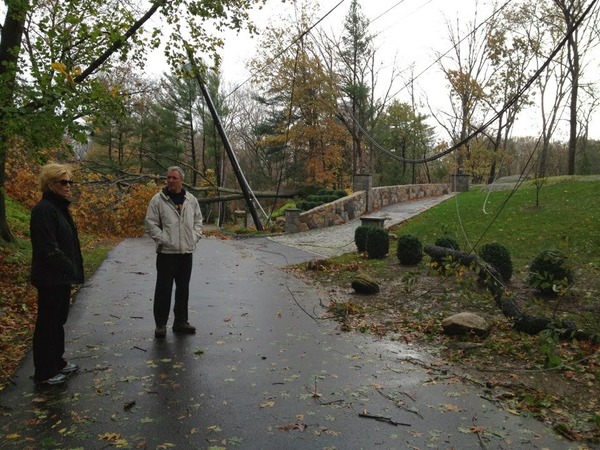 With it being a year since Sandy blew though the east coast, some neighborhoods are still cleaning up the mess she left behind, brick by brick, block by block, neighborhoods are rebuilding.  Organizations such as Rebuild Together and Sandy Relief have been created to help rebuild boardwalks, businesses, neighborhoods and cities.  Mayor Bloomberg started the NYC Recovery organization, which helps families rebuild their homes, find jobs and get their lives back on track. As the past year went by, many people went on living their lives, not thinking about the ongoing aftermath of Hurricane Sandy, but the people responsible for organizations such as these, continued to work hard as people still suffered.

Hurricane Sandy destroyed millions of lives in a matter of 42 hours. Now, a year later we are still rebuilding.  FEMA and the U.S. Army Corps of Engineers worked with State and local governments to reopen 97% of the public beaches from New Jersey through Connecticut by Memorial Day 2013 - sending a strong message to thousands of Americans that we are strong and the shores were open for business.  Click here for an incredible slideshow of Hurricane Sandy "then and now" on www.weather.com

My family was very lucky to have nothing severe happen to our home.  I am thankful that we weren't affected too badly and I plan to open the discussion tonight at dinner with my young twins about all those  who are still rebuilding one year later and how much our family has to be thankful for.