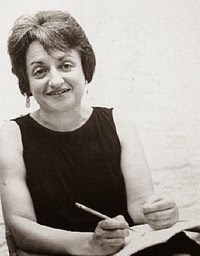 Life has changed quite dramatically over the past five decades. Some of you will remember when the crusade to change women’s roles in this country got started 50 years ago, in 1963 when Betty Friedan wrote a book called “The Feminine Mystique”, which called in to question the notion that women could only be fulfilled by motherhood and homemaking.

The book depicted widespread unhappiness among American women and sparked a national debate about women's roles in this country, a debate that is still going on today. Friedan said that women were unhappy, unfulfilled and dissatisfied with their lives. She went on to found NOW & thus the Women's Liberation Movement began, calling for “meaningful work, equal pay, and for all women to be freed from the role of only servicing men and their children." And if we could make this happen, women would be happier. 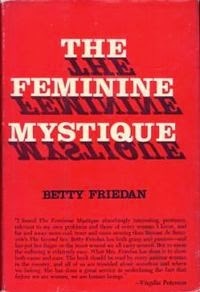 Friedan came to write this book after she circulated a questionnaire in her 1942 Smith College graduating class. What she learned by doing this was that most of the women in her class had a general unease with their lives. Through these findings, Friedan hypothesized that women were the victims of a common belief that they had to find the meaning in their lives through the happiness of their husbands and children. She concluded that this would eventually lead women to completely lose their identity.

Friedan specifically pinpointed this problem among the post-World War II middle-class suburban communities. She saw that men came home from the war to their wives (who had been working in their absences) and looked to them to be mothered. Women had to leave their jobs to let the men back in and at the same time technology was making housework easier and therefore less meaningful and valuable to the women coming back into the homes to work. 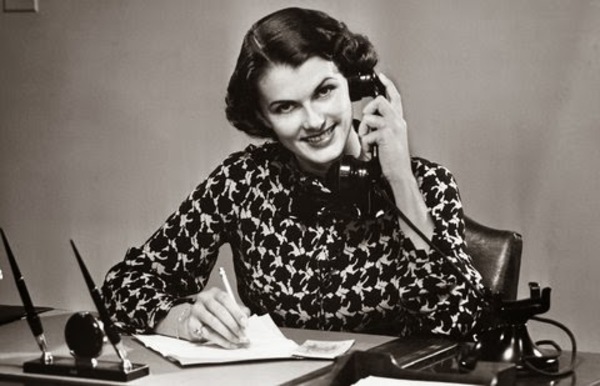 When Friedan died in 2006, her  New York Times obituary said that her book “ignited the contemporary women's movement in 1963 and as a result permanently transformed the social fabric of the United States and countries around the world” and “is widely regarded as one of the most influential nonfiction books of the 20th century.”

So let’s fast-forward 50 years… Thanks to women like Betty Friedan, women’s lives all around the world have certainly changed! Let’s take a look:

Now, I don’t know if Betty Friedan and the feminists of the 1960’s would have predicted all of this!! But it is our reality of today.

So given all the evidence of women running corporations and universities, media empires, branches of government, and countries, one would think that women would be happier today, right?

Well, as it turns out, “having it all” has really led to more stress for women. We’re getting better jobs, but we’re still expected to raise the kids, get dinner on the table, and hey, even try and stay fit and take time for ourselves!? The question becomes: How do we do it all and still be happy?? 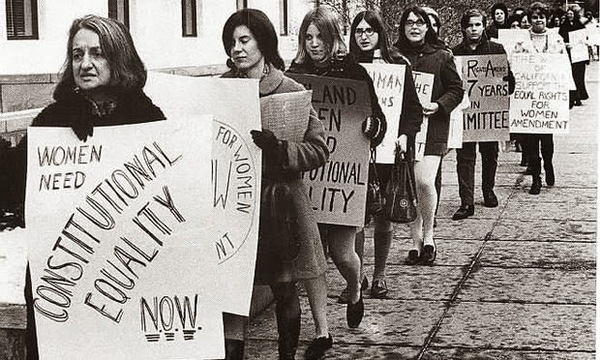 I’m hoping that in the same way Betty Friedan started a movement that launched women into the workplace and into a role of demanding more respect and equal opportunities - that we have another movement going on today… one where women and men begin to share more household responsibilities when both are working outside of the home. Women’s roles changed rather quickly and now that we’ve “made it here,” the men have to catch up to meet us at an even, equitable role within the family unit.

For a lot of families it’s an economic necessity that wives work outside the home and bring in a second check. However for many, it’s not just about the economic contribution women make. Today women work because it has become part of our definition of self. We work to obtain status and yes even power, to be independent, to be stimulated and to have an opportunity to make a difference in this world of ours.

If it weren’t for what Betty Friedan did in 1963, I would not have been knocking at the door of KCRA in 1973. And because of those opportunities that I had, I feel that I have been able to make a difference in the world just a little bit, through my career. I feel that my career has helped enhance my life and contributed greatly to defining my sense of self. And I am very thankful for that.

Its so important for all women, especially young women today to remember the great women like Betty Friedan and to think about the impact that she has had on the world that we live in today. I think that many young girls don’t even realize that people like Betty made it possible for all of us to pursue our dreams, try to make a difference in the world, and define what our life balance means to us.