With March being National Women's History Month I decided to take a step back and reflect on all the inspiring women that have made their mark in history and helped me to feel empowered as a woman.

Each week I want to spotlight a woman who I revered during my life. Someone who has made an impact on me and whose acts have encouraged me to work hard, reach my goals and become the best woman I can be.

This week's woman of the week is: Former Congresswoman, Patricia Schroeder who ALMOST inspired me to leave journalism to try out politics! 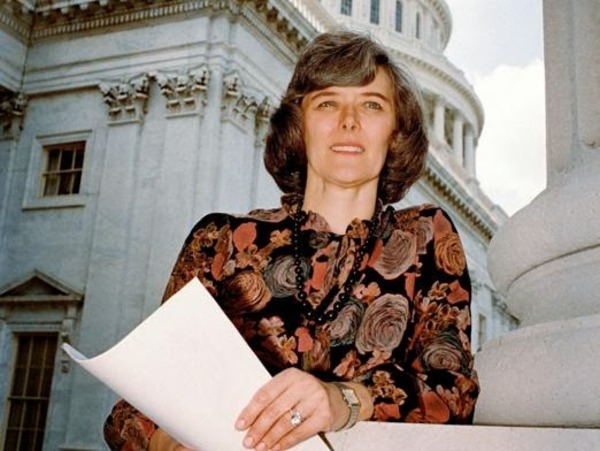 In 1973 at the young age of 23 I landed my first job as a journalist. I began as a reporter for KCRA (Sacramento's NBC affiliate). As women’s roles in this country were really beginning to change, I had a fairly quick rise to the anchor desk. Just two years into the job, by September 1975, I was anchoring. I was still consumer reporting and spent a lot of time at the state Capitol following consumer issues. I covered stories about what the California Legislature was doing to protect consumers, which was not enough in my book. I started questioning whether I could do more for our viewers as a consumer reporter or as an elected official fighting for their rights in the Legislature.

One day I went to an event where I heard U.S. Congresswoman, Patricia Schroeder from Colorado speak, and I was taken by her resolute and enthusiastic spirit about changing things in Washington. This was at a time when women still had to struggle to be taken seriously by their male colleagues within the workplace, and especially in Congress. Hearing Patricia speak encouraged me to want to help make changes within our government. I remember asking my mom to meet me for lunch so that I could announce to her my decision to give up TV news and run for office. The following week, before I could actually act on my decision, I got the offer from WABC-TV in New York to move to The Big Apple to anchor there. Oh the serendipity of life! It’s just as well, I had neglected to pick up a law degree from Harvard before taking on such a lofty goal!!

Schroeder did earn her degree from Harvard Law School in 1964, one of just 15 women in a class of more than 500. At age 32, with encouragement from her husband she ran for Congress and became the second-youngest woman ever elected (her Harvard Law School classmate Elizabeth Holtzman was the youngest, at 31) and as a mom of a six year old and a two year old, Schroeder received a lot of attention from the media and from her congressional colleagues. Few other women had served in Congress while caring for such young children, and Schroeder did little to hide the fact that she was juggling two occupations, politician and mother. She was known to keep diapers in her bag while on the floor of the House and crayons on her office coffee table, and she bristled when criticized about her choice to undertake two careers. “One of the problems with being a working mother, whether you’re a Congresswoman or a stenographer or whatever, is that everybody feels perfectly free to come and tell you what they think: ‘I think what you’re doing to your children is terrible.’ ‘I think you should be home.’ They don’t do that to men. 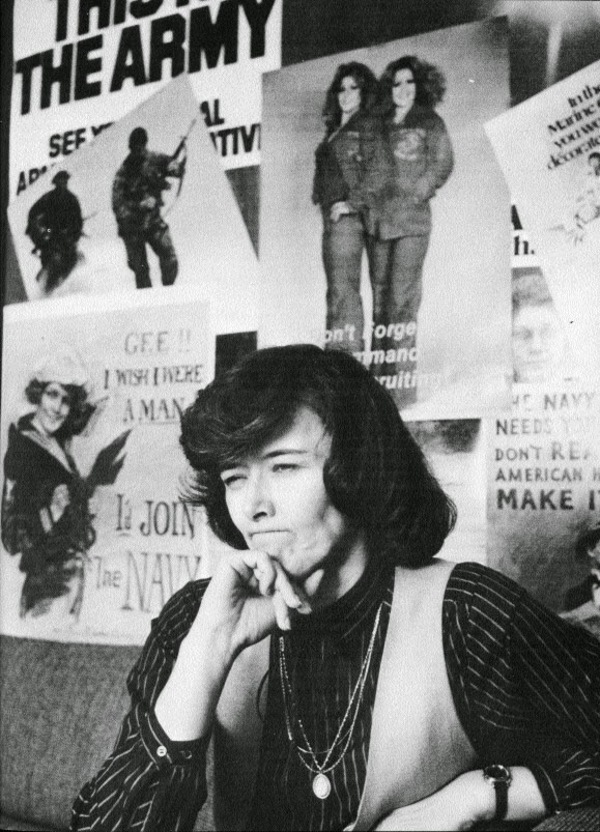 During her 24 year career (1973 to 1997) in Congress she sought and earned a seat on the all–male Armed Services Committee because, according to the newly elected Congresswoman, “When men talk about defense, they always claim to be protecting women and children, but they never ask the women and children what they think.” Eager to identify and curb defense spending which, at the time, totaled nearly 40 % of the national budget, Schroeder represented a minority viewpoint on the very conservative Armed Services Committee. The Chairman of the Committee was Congressman Hébert of Louisiana, a 30 year veteran of Congress, and he was infuriated that a young woman was being allowed to sit on his committee. Hébert made Schroeder share a chair with Ron Dellums, an African–American Democrat from California, during the organizational meeting for the committee. As Schroeder recalled, she and Dellums sat “cheek to cheek” because the chairman declared “that women and blacks were worth only half of one regular Member” and thus deserved only half a seat.

Schroeder’s biting wit became a female force that would be heard on many issues ranging from arms control to women's reproductive rights. While serving on the Armed Services Committee, she once told Pentagon officials that if they were women, they would always be pregnant because they never said “no.” It was political barbs like that which helped Schroeder become a household name and blazed a trail for a new generation of women onto Capitol Hill.

In 1987 after working on Gary Hart’s presidential campaign (before it fell apart due to marital infidelities which incensed Schroeder), she decided for a brief time to seek the Democratic nomination for President, promising a “rendezvous with reality” that would bring to center the issues of underrepresented Americans. I would have voted for her. When she was announcing her withdrawal, she broke down spurring many feminists to charge her with undermining women’s political advances with her emotional display. I disagree. I think we need more people like Congresswoman Pat Schroeder in leadership roles in our country’s government, she’s smart, she was a leader, she was not afraid to call people on bad decisions, and yes, she was a mom and understood the needs of American families and she cared enough about her role in this country to shed a tear when she reluctantly stepped back from running for President of the United States which she most likely felt could finally give her the chance to “really change things in Washington”.

I have always admired Pat Schroeder, she had a huge influence on my life and I strive to be like her – dedicated to making a difference in the lives of others – undaunted in her quest – yet not afraid to answer to “Mom!”