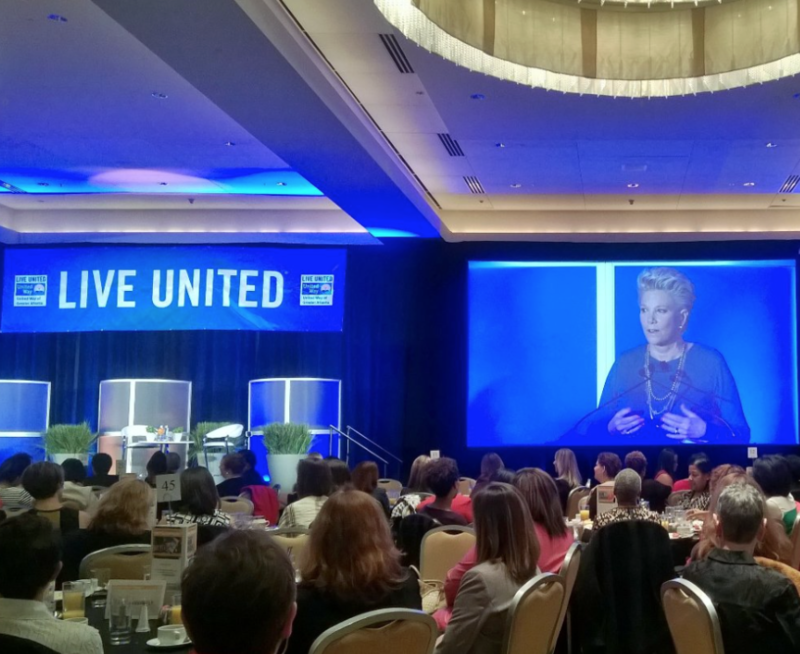 I recently spoke at the United Way Women's Leadership Breakfast in Atlanta, and I was so inspired by the amazing work they are doing to improve their community. The United Way is an incredible organization, helping women in need for decades. The women in the Atlanta chapter have had great success, birth outcomes have improved, access to women's health care and children's prenatal care has increased, but what I found most significant was the important steps taken to protect the children of Atlanta from the horrors of child sex trafficking.

On November 8, the state of Georgia passed constitutional Amendment #2 with strong support and 83% of the vote. This amendment is to create the Safe Harbor of Sexually Exploited Children's Fund for the safety and rehabilitation of sex trafficked victims.

Until recently, I think I was probably like many Americans-- unaware that this was such a big problem here in our country. It was only when I recently interviewed Cindy McCain on her work around the country and around the world to combat sex trafficking that I learned how millions of children are bought and sold every day, usually on the Internet.

It is startling that children are usually between the ages of 10-14, and 50% are boys. The average trafficker can make $150,000-$200,000 per child and traffics 4 to 6 children at once. Amazingly, major sporting events like the Super Bowl and the Olympics are prime time for the sex trafficking of young children.

United Way is working to make a difference in their community, and they have already made a huge impact! Congratulations on all of your incredible and life saving accomplishments!