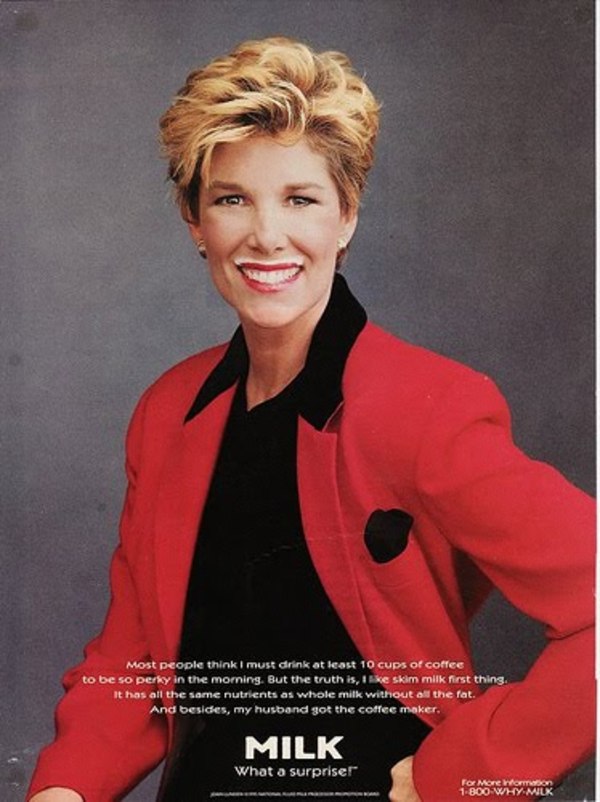 I've gotten a number of emails and Facebook messages recently from friends telling me that I was one of the possible answers for a $250,000 question on Who Wants To Be A Millionaire this past week! The question was “Who was the first celebrity to appear in milk mustache Got Milk ad?” The answer is Naomi Campbell as she was the first celebrity to don a white milk mustache for the now famous ad campaign in January of 1994.

I shot my Got Milk ad in February of 1995. I remember going to the studio of Annie Leibowitz for the session where a stylist prepared the white gooey concoction. First they have you sip from a cup of the gooey white liquid with your upper lip tight to the inside of the cup so it will look natural. The first 5 celebrities to shoot the ad campaign used 100% milk for their mustache, however they soon found that it dried too quickly under the lights. So they switched to a combination of milk and some other dairy products, including a little vanilla ice cream. I was told that everybody’s milk mustache looks different because of the skin complexion, head shape, lips, and facial hair. And guess which sex has the best mustaches – women!