50 Years Ago Today: The Beatles Performed LIVE in America 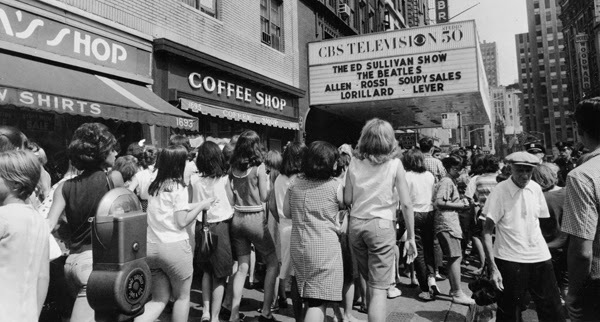 50 years ago today, 73 million viewers turned on their gigantic black and white TV sets and tuned in to The Ed Sullivan show to watch The Beatles perform live for the first time in America. I was one of them...

I remember it like it was yesterday - I was 13 years old, sitting in my living room and watching the clock, counting the minutes until the Ed Sullivian show would air.  When The Beatles took the stage, all the girls in the audience were screaming! I remember feeling like I should be shrieking along with all the girls on TV, but it would have been ridiculous for me to scream, I was miles away sitting in my living room in Sacramento, CA watching the show from the other side of the country! 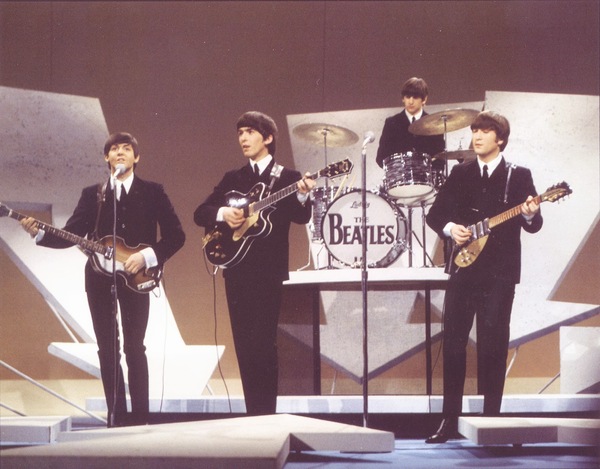 I'm not sure what it was about them, maybe it was their fantastic British accents or the fact that they were so different from us (Americans). They had long shaggy hair, wore tighter fitting pants and they carried themselves in a way that radiated confidence. There they were, on stage singing their single "She Loves You," four young British boys who came to America and swept the country by storm. That day, Feb 9th, 1964 was the first day The Beatles performed live in the U.S. It was the start of an epic phenomenon called, Beatlemania! A revolution unlike any music had ever seen before, the birth of the rock band.

For several months at that time our nation had been in mourning the loss of Pres John F Kennedy. And personally, our family was still reeling from the devastating news that my father, a surgeon, had died in a plane crash.  The Beatles invasion with all of its hysteria proved to be the best medicine to heal heavy hearts.

Being 13 when Beatlemania took over the U.S, I was just old enough to develop my first crush on Paul McCartney. I loved everything about him - his hair, his accent, the way he personified love. Girls all over America were obsessed with their style, they even started to cut their hair like the Beatles! It was a short, shaggy cut called the British hairstyle (that I fell victim of). Girls skipped school and work to camp outside hotels for days hoping to get a glimpse of one of the pop stars through a hotel window. 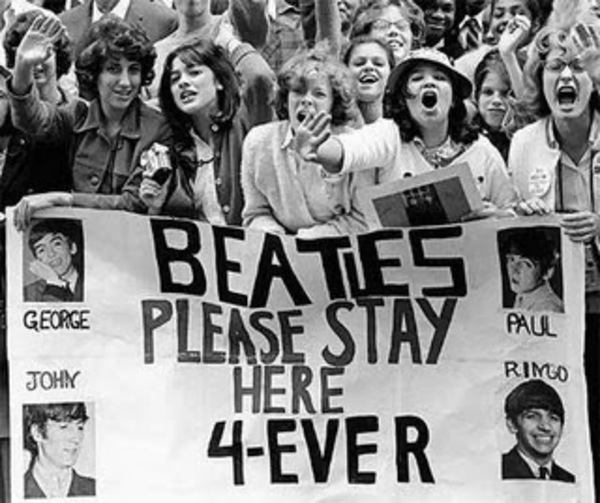 The Beatles had a significant impact on Americans and they received a reaction they never thought  possible. The Beatles forged the path for other British groups such as The Animals, Herman's Hermits, The Rolling Stones and Tom Jones to leave their own mark on the United States. To this day, after all these years, my favorite Beatles song is still "Yesterday."

I never got to see the Beatles live, but years after they broke up my best friend and me got front row-center seats to see The Wings (Paul McCartney's new band) at the Meadowlands in NJ. I remember Paul standing right in front of me, playing his guitar, singing and dancing just like he did while with the Beatles. This caused some debate between my girlfriend and I (who was also a huge Paul McCartney fan)...

Seeing Paul on stage that night brought me right back to my teenage self, sitting in my living room screaming like a nut at my TV set as I watched four British teens make history....50 years ago today. 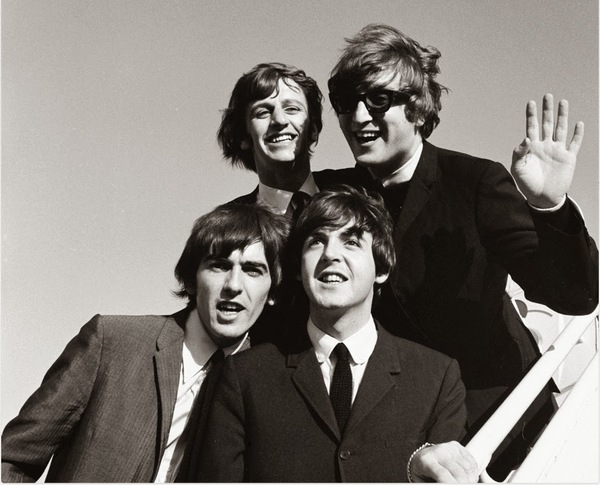