It's Time to Take Care of the Caregiver

In honor of November being National Family Caregiver Month, I want to share a story from a member of the Joan Lunden Productions team, Elise Silvestri.  I speak all around the country about family caregiving and I hear stories from every state and every demographic.  But this month, I needed to look no further than the desk next to me to see how this subject touches so many of us. Caregiving is affecting more and more of us, here is Elise's story: 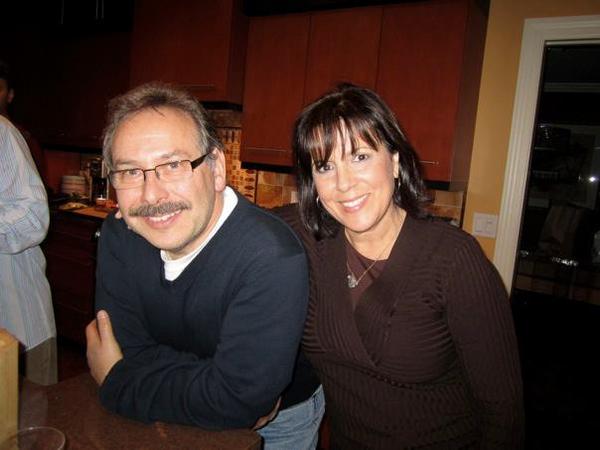 It's Time to Take Care of the Caregiver

Today I became a caregiver to my husband, Matthew.  But not in the way you’d think.  For the past 8 years, Matt has taken care of his parents, Leah and George.  Leah died almost 5 years ago and now Matt is the sole caregiver for his father, George.  George is 92 and a retired college professor. George's mind is still sharp but his body is failing.  Matt does everything for George from getting his groceries to writing the bills.  He checks the refrigerator every week to make sure the food is fresh and he goes through his dad's wardrobe to make sure George isn't wearing raggedy clothes.  He also schedules and goes to all of George's doctor's appointments and handles his meds too.

After years of taking care of both of his parents, the stress was starting to show and a "light bulb" went off for me.  Even though Matt is quite self-sufficient and says he doesn't need the help, I decided to step in and help anyway.  I had no idea what it felt like to have this responsibility and I remember the first time I went to the doctor with George.  An ambullette was picking him up and I was meeting him there. The ambulette was late and he almost missed the appointment.  I couldn't call because George doesn't have a cell phone.  Next, just when his caregiver stepped out of the office for a minute, they called George's name and I took him into the examining room.  Yikes- It was time for George to get the undressed and his caregiver was nowhere to be found.  I did not want to take off my father-in-law's pants!  Luckily, I didn't have to.  His lovely caregiver came back and took care of the dirty work.

Two weeks later when he had to go back to the doctor, I went again and Luckily, it was uneventful.  Except for one thing...the guilt one feels when one has to leave work for a personal matter.  I don't have to worry about that with Joan but I still feel concerned about it and plus - I have work to do!  I try to come up with ways to help Matt...I know I don't do much, but anything to take some of the weight off of his shoulders.  Whether it's going to the special bakery to get his dad the cake he likes or calling the caregivers when the schedule changes, these might be little things but if it takes some stress off Matt, it works for me.

Categories: Caregiving, Caring for the Caregiver
About The Author