This is NOT Your Mother’s Caregiving 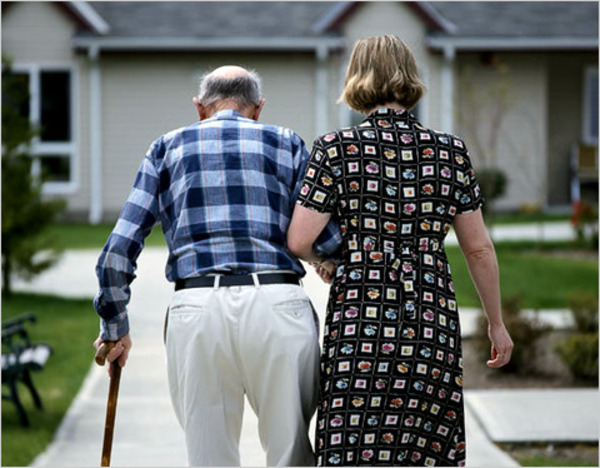 Many of us compare our caregiving to the way our mothers cared for our grandmothers, which might lead us to believe that we aren’t doing a good enough job caring for our loved ones. Set aside that guilt 21st Century caregivers. Comparing yourself to your ancestors is like comparing a bicycle to a jet.

The first of the Babyboomers joined the senior ranks in 2011. Medical science has allowed humans to live longer, which adds Boomers to the vast number of already aged Americans who are still alive. This creates the largest number of older adults in American history. Unfortunately, medical science often prolongs life without improving health, so most seniors are now living with long-term disabilities and growing care needs. No previous generation of caregivers faced a legion of seniors who are much older, much sicker, and require care for such a long time, but this isn’t the only new caregiving challenge.

For the first time in American history, caregivers support parents, grandparents, children, and grandchildren at the same time. Also, before 1960, most caregivers were not in the workforce, but today, they go to work and come home to another half-time job, caregiving. Unlike past caregivers, today's caregivers have less support and give care over longer distances. For example, my mother had five siblings who worked together to take care of my grandmother in the four months before she died of cancer. Two of the adult children lived in the same house; three others lived in walking distance. Only three of these caregivers worked full-time, and the youngest child in the family was twelve years-old. Compare that to the ten years of caregiving responsibility that my brother and I shared for a parent with dementia. There were no other children and at least half of that time, we lived hundreds of miles my Mother and from each other. We coordinated with family and hired caregivers at a distance before Mother came to live with me. She set my kitchen on fire when I had just stepped out of the room, and I stayed up many nights as she wandered around the house. I also worked more than sixty-hours per week, and both of my children where preschoolers.

I had no choice but to hire help and eventually, use a nursing facility. In the three previous generations, our family had cared for everyone at home. I felt so guilty putting her in a home, but it became a whole new game for me, and it’s a whole new game for all of today’s caregivers.

Don’t add guilt to the already daunting responsibility of caregiving by beating yourself up for being unable to do the impossible.  Have a plan and move forward, and keep watch, but don’t try to do everything alone. Professional geriatric care managers (www.caremanager.org,) your local area agency on aging, and the Administration on Aging Eldercare Locator (800) 677-1116) can help you find resources to lighten your load, but first, you have to let go of the guilt.

Categories: Aging Parents, Caregiving, Caregiving Tips, Caring for the Caregiver
About The Author

Dr. Cheryl Woodson is a professional national speaker, author, Geriatrician and caregiving advocate for seniors and their families. During 30 years of teaching and practicing Geriatrics and adult medicine, she also navigated her mother’s ten-year journey with dementia.  She encourages all adults to AGE EXCELLENTLY, and her book, TO SURVIVE CAREGIVING:  A Daughter’s Experience, A Doctor’s Advice, empowers families to give excellent eldercare without sacrificing their own health, finances, or relationships. www.drcherylwoodson.com