A Tool for Reinventing yourself & Pursuing your Passion: The 3rd of the 5 C’s of Acknowledgment, “Courage”

It takes courage to “reinvent” ourselves in our later years, and to pursue our passion. It also takes courage to fully and generously acknowledge a family member, co-worker, a boss or a waiter who provides us great service. That’s because to really open our hearts and let a person know the difference they made, and how grateful we are to them, we have to make ourselves vulnerable. So what’s so scary about that? It feels like we are taking a risk – what will the person think of us? People fear being vulnerable and tend to avoid that at all costs. 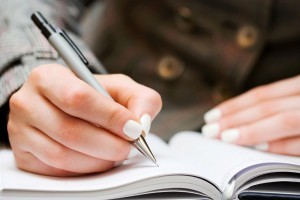 I remember being at a conference with my boss, and feeling proud when our company was cited for its global reach and accomplishments. I wrestled with whether or not to write a little note to her telling her this, as we were listening to the program. Will she think I am trying to get a raise, score points, I worried? But I did it anyway. She read it, thanked me and then went back to watching the program. I was disappointed, because I had really opened my heart in that message. But at least I did it, I thought.

Years later when I was writing my first book on acknowledgment she said, “Remember when you wrote me that note about how proud you were to be part of IIL? I saved that note, put it in a special box, and I take it out when I need some lifting up.” I was flabbergasted – I had had no idea how much my acknowledgment had meant to her. Yes, it took courage, yes it took my willingness to be vulnerable. But what a difference it had made – to my boss! It was well worth the risk!

Sometimes we have no idea how much of an impact our acknowledgment can have on a person. Take a look at a lovely illustration of this: Maybe it will help you find your courage!

Check this out as well: it’s a great Ted Talk by social scientist Brene Brown, called “The Power of Vulnerability.” It dramatically shows the cost of not allowing ourselves to be vulnerable.

Author Neal Donald Walsh puts the challenge as well as the opportunity very accurately and dramatically when he says, “Life begins at the end of your comfort zone.”

Let’s remember that, and in the next few days, step out of your comfort zone.

Find the courage to acknowledge at least three people in a heartfelt and truthful way, allowing yourself to be vulnerable. And let me know how it turned out!