Reinventing Yourself and Pursuing Your Passion! 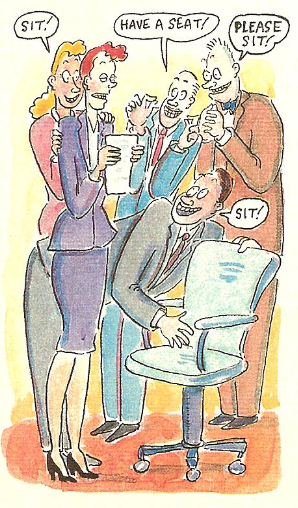 Quite a few years ago, when I was a full-time professional in the television industry, I wrote an article called “How NOT to Talk to a Pregnant Businesswoman.” The urge to write it came from my intense frustration at the way my colleagues, who had previously shown me respect, began to make unwelcome comments like calling me “Fatso” while I was pregnant! The article, published by Working Woman Magazine, led to a coveted interview by Joan Lunden on Good Morning America!

As a result of that appearance, I kept being told how it had made a difference for pregnant businesswomen everywhere. This taught me a major lesson: words have the power to change undesirable behavior!

So when at the ripe "young" age of 58, I became equally, if not MORE frustrated about people’s responses when I frequently acknowledged them (“Thank you for thanking me – no one ever does that!” or “I only hear complaints; I never hear compliments!”), I decided once again to do something about it. This time I wrote a whole book, The Power of Acknowledgment!  The book was published by the company I worked at (and still do), International Institute for Learning (IIL). This led to two other books on this subject because we discovered that people everywhere were hungryfor the message. So IIL sent me around the world to train leaders in this critical skill and I’m still going strong, yes…at age 68! And traveling this path, I have discovered my true passion – to make a difference in the world; to change it forthe better. 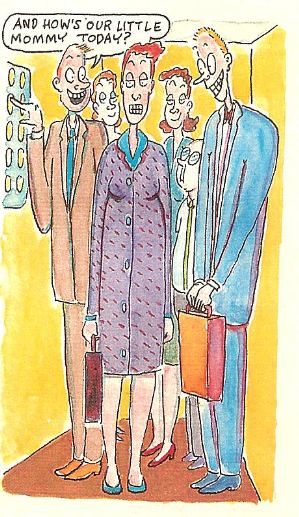 Here are some highlights from my original difference making article How NOT to Talk to a Pregnant Businesswoman that are still so relevant today, and which through Joan’s interview, got me started on the path of changing behavior that I found intolerable – and just through powerfully expressed words.

What’s YOUR passion – and can you “reinvent” yourself by fervently pursuing it? See how I continue to pursue mine in future blog posts.