Veterans Day: The Story Behind the Holiday 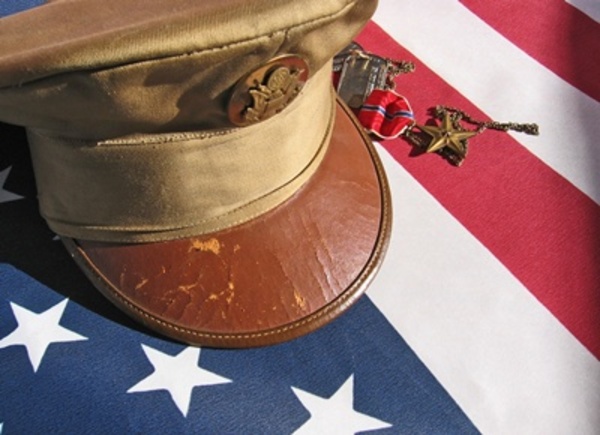 Today is Veterans Day! Originally known as Armistice Day, this is a United States holiday dedicated to honoring those who are serving and who have served in the U.S. Armed Forces, also known as veterans.

Have you ever wondered why Veterans Day was originally named Armistice Day? Or what the difference is between Memorial Day and Veterans Day? We did some research and found some answers to a few of these commonly asked questions…

The word Armistice means a break in fighting. Veterans Day was originally called Armistice Day to commemorate the truce signed between the Allie Nations and Germany during World War I.

Why do we celebrate Veterans Day on November 11th?

The "truce” between the Allied Nations and Germany was signed on the 11th day, of the 11th hour of the 11th month in 1918. The first Armistice Day was celebrated in the United States on November 11th 1919; all business in America were suspended for 2 minutes at 11:00AM. Gatherings and parades also took place to celebrate the occasion throughout the day. A few years later, Americans started honoring soldiers who fought in WWI and in 1938, Armistice Day became a legal federal holiday in the US.

When and why was Armistice Day officially changed to Veterans Day?

In the aftermath of World War II and the Korean War, a 1954 campaign (ran by veterans’ service organizations) to honor all past and present veterans (not just the ones who served on WWI) succeeded in changing the holidays name from Armistice Day to Veterans Day. President Dwight D. Eisenhower signed the legislation on June 1, 1954.

Was Veterans Day moved to October?

Yes! In 1968 Congress moved Veterans Day to the 4th Monday in October so that government officials could celebrate a long weekend. But when President, Gerald R. Ford, took office in 1975 he returned the holiday to its rightful day due to its historical significance.

Is Veterans Day celebrated around the world?

On or near November 11th Canada, France, Australia and Britain also commemorate the veterans who served during World War I and II. Britain celebrates Remembrance Sunday, while Canada has Remembrance Day. In Europe the Commonwealth countries honor 2 minutes of silence on November 11th at 11a.m every year.

Do you know the difference between Memorial Day and Veterans Day?

Both Holidays honor the men and women who have served our country, but Memorial Day honors the men & women who have paid the ultimate price for our freedom, while Veterans Day highlights all veterans, living and deceased.

According to The History Channel, The U.S census bureau estimates the U.S has over 21 million veterans, 16 million of whom have served in war.

At 11:00a.m today, a color guard ceremony that represents all branches of the military will be held at the Tomb of the Unknown Solider at Arlington National Cemetery in Arlington County, while other gathering and parades are held elsewhere around our country.

My friends at A Place for Mom created a “Wall of Honor” to highlight all the men and women who have played a critical role in our nation’s history. Please take a look at some of our nations veterans and submit a photo of a loved one who you would like to honor. The process is simple.  All you need is a photo and a few details about your veteran. You can view the wall and make a submission via the following link:

Thank you to all those who have served our country and continue to serve!