The Air Inside Your House May Be More Toxic 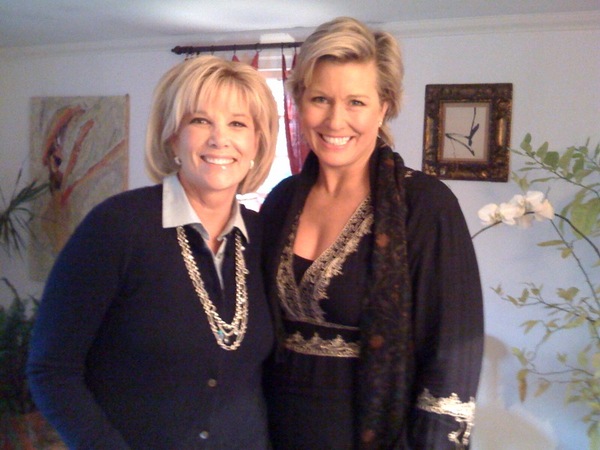 I made a resolution this year to try to go green in my life. It has turned out to be a little more daunting than I originally thought. During the holidays, my staff gave me a great "Go Green" basket (actually a Trader Joe’s recyclable bag) filled with green household cleaning supplies to help get me off to a good start! Since then I have been reading about being green in countless magazines. But the subject became real to me when I spent time with Emme Aronson to interview her for my television show Health Corner (Lifetime, Sunday mornings 9:30 ET).

Emme burst onto the fashion scene as the first hugely successful plus size super model, and throughout her career as an actress and super model Emme Aronson has inspired full-figured women to feel confident in their skin. But today she's inspiring people in another way; she is a cancer survivor, beating Hodgkin's Lymphoma.

Emme knew something was wrong with her, the nagging cough that wouldn’t go away and the itchy skin. She went to five different doctors before finally finding out what was wrong with her. Only a few months after her diagnosis, surgery, and the first of many chemotherapy treatments, Emme came with a friend to my women’s summer camp in Naples Maine, “Camp Reveille”. Since she came as a guest of another camper, I had not spoken with her and had no idea what she was going through in her life when she joined us at camp. It wasn’t hard to figure out from the short hairs peeking out from the scarf she wore on her head that she was undergoing chemotherapy. But despite that, while at camp she ran around and played like a kid with the other campers. Emme said she actually gained a lot of personal strength from her experience at camp and from the other women who were there. She said Reveille really helped her at a critical time in her struggle.

I would later learn that she was not only forging this battle against cancer, but she was also embarking on a difficult divorce. However a lot has turned around this past year for this brave hard working mom.

During the interview Emme discussed her ordeal: surgery, including the removal of a banana-sized lymph node in her body; chemotherapy and hair loss; and of course, stress. She said one of the most stressful moments came when someone told her that living inside her home might be more dangerous than living outside considering all the toxins she was being exposed to. “Oh my God, my daughter lives here too. I’ve got to make it safe for both of us.”

Her recovery has led her to change to a holistic lifestyle both in what he eats and in how she and her daughter live in their home. "I wanted this next step to be self-sustainable," she said. That meant overhauling her eating habits; including going as organic as possible, juicing in the summer, vegetable soups in the winter. It meant changing to natural cleaners, like baking soda and vinegar, and making improvements to her home and garden. These days Emme shares her ideas and tips on websites that offer simple, easy steps.

Cancer changed her life--but Emme believes it was the greatest teacher. She's been cancer-free for a year and believes living a greener lifestyle has played a major role in her good prognosis. I learned a lot from her and you can too. Visit http://simply-green-with-emme.ivillage.com/green/

I will also be exploring the subject of living green here on my website and I welcome tips and ideas from all of you.