Thousands of Babies Hurt Every Year in Crib, Playpen Accidents 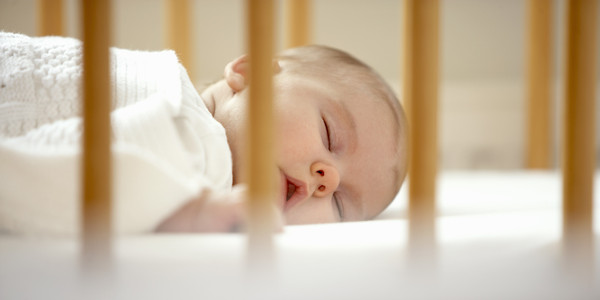 Nearly 10,000 babies each year suffer injuries involving the cribs, playpens and bassinets meant to shelter them.

As reported by the Associated Press, a new study, coming out in the medical journal Pediatrics, examined emergency room data from 1990 through 2008, and found that more than 184,000 babies were treated following such accidents. In addition, the emergency room figures showed that more than 2,100 babies died over the same period due to crib, playpen and bassinet tragedies.

While figures on such fatalities–which tend to be underreported–have been disclosed previously, the The Washington Post says that the injury totals have not been tallied until now.

The authors, led by Dr. Gary Smith, director of the Center for Injury Research and Policy at Nationwide Children's Hospital in Columbus, Ohio, say that the injury rates gradually declined over the period tracked, and a soon-to-be-implemented ban on drop-side cribs will help further.

However, with an average of 26 babies injured every day even in recent years, Smith said that the status quo is "not acceptable."

The authors timed the release of the study in part to put pressure on Congress not to roll back portions of a 2008 law, set to take effect in June, that strengthened safety standards and mandated more stringent testing for cribs. A House subcommittee meeting Thursday is expected to review crib safety.

One of the provisions of the law is the ban of drop-side cribs with rails that move up and down to make it easier to pick up infants. Dozens of babies have been injured and even killed after getting stuck and suffocating in the opening created when the movable rail becomes partly detached. Millions of the drop-side cribs have been recalled as a result.

Smith said that parents can protect their young ones by lowering the mattress in their crib once they grow tall enough to lean over the rails, and that parents with drop-side cribs shouldn't leave their baby alone when the rail is removed.