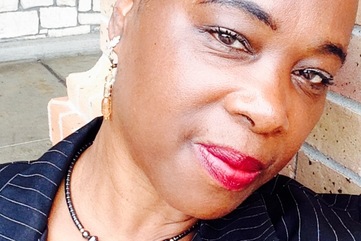 When I was diagnosed with Breast cancer a few years back, I reacted like most who receive a cancer diagnose, first thing came to mind was a “death sentence”. I found out later that it was truly “an awakening” for me; even after being diagnosed with colon cancer a few years later. I began questioning God, why would you do this to me? What had I done so bad in life to have this thrown upon me? But instead of bemoaning my fate, I decided to look for the positive side of it. There has to be a reason for it all.

I also realized that I was about to face a new beginning, new hope, do and see more with a whole new prospective on life. When I think of the “gift of life” that was given to me, I know that I will develop and gain strength from all my experiences. Not saying, and nor would I ever say that cancer was a gift, surviving it, receiving a second change at life, is the gift. Even with the complications I now have to live with, I still feel truly blessed. For a while, I wasn't happy with the way I looked after my surgery and the pain I had to endure each day, but I decided to snap out of it. I thought about the individuals that are no longer among us. I also realized that there will always be someone worse off than I am. I reminded myself, that I “still have my life” and who am I to complain.

One day I experienced something of a miracle and felt the compulsion to write it down. I turn that experience into a poem and I called it “Peace”. Writing has become therapy for me. I took that poem, along with many others I had composed during my breast cancer period and placed them into book form. I was blessed enough to have that book published. I'm hoping that anyone who has the opportunity to read my poems, get out of them, what I placed in all of them. I wish to make a positive impact on someone who's ill or otherwise, where they could develop the strength to embrace life in a whole new way. I never anticipated becoming a writer, I just became one. I truly believe when you survive a horrific tragedy or a horrible disease as cancer, it's for a reason, “you have a purpose”,” and that's what I'm all about now, inspiration.

I would have never become a writer, producing inspirational poems and stories, if I had not gone through all that I did. I'm a true example that you can survive cancer not once, but twice, providing you

catch it in time, have faith and allow that faith to direct your path. I'm not saying all will be easy, I won't say everyone will survive it, even while holding on to their faith. But as you embark on such a journey, fight with all your might and believe, that no matter what, God is with you every step of the way!